Whats behind the Buddhist mentality among mainland China's youth?

Hong Kong, China -- The “Buddhist concept”, i.e., a laid-back outlook on life, has become all the rage among young people in the mainland; they have become too relaxed about everything and stopped being competitive. 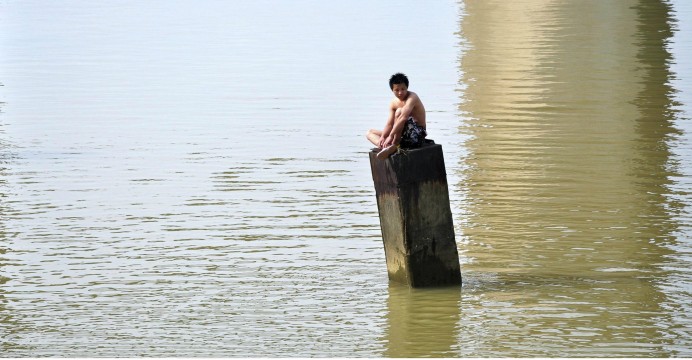 This “I’m easy” attitude has given rise to “Buddhist relationships”, “Buddhist examination and research”, “Buddhist game”, and other similar concepts.

A recent online article, The First Bunch of Post-90s Have Already Become Monks, has gone viral on social media. It gives everyday examples of the “Buddhist concept”.

For instance, a typical “Buddhist restaurant customer” would always order the same dish for lunch because he or she doesn’t bother to choose.

There is also “Buddhist parenting”, a laid-back approach to raising children. “Buddhist parents” always take it easy on their kids and don’t have high hopes for them because they are well aware that not all kids will be achievers and so there is no need to push their kids too hard.

There’s “Buddhist shopping”. People buy things that they need and those that they don’t need. Why? Because they simply don’t want to think a lot about what to buy.

The “Buddhist concept” among mainland youth may also explain why a simple Japanese smartphone game, Travel Frog (????), has suddenly become a monster hit in the country, staying on the top of Apple’s App Store game chart in the mainland since last November.

Unlike many other online games, which are intense and exciting, Travel Frog requires players to do very little – and no one wins or loses.

All that players need to do is to look after this little frog which lives in a virtual village house, feed it and help it prepare food for its next journey. The frog would travel around Japan whenever it wants, but most of the time, it is only chilling at home or sleeping. All that players do is watch.

According to some commentators, this seemingly silly game has struck a deep chord among young people and has become highly popular not just in Japan and China, but also in Taiwan and South Korea, because the whole idea of the game coincides with the laid-back and “I’m easy” attitude to life that is now prevailing among young people across East Asia.

However, the Chinese officialdom is highly alert to such “Buddhist mentality”. Some official media outlets have even referred to it as a mutated form of “decadent culture” that is contaminating the minds of young people across the mainland.

A recent article in the China Youth Daily, the official mouthpiece of the Communist Youth League of China, has issued a warning to the post-90s generation: It said they won’t have their everyday problems in life resolved by adopting the “Buddhist mentality”.

Despite such warnings, however, the “Buddhist mentality” has continued to spread. In fact, it is becoming a global trend.

It is not only China where young people seem to lack the motivation for anything. Across the developed world – in the West, in Japan, Taiwan and Hong Kong – the number of “NEET” youngsters, or those who are in not in employment, education or training, and basically remain idle most of the time, continues to soar.

During the ’80s and ’90s, when China was still pretty much a developing country, there was a strong desire to succeed and get rich among young people across the mainland, particularly those from the rural areas, and hence their strong work ethics, entrepreneurial spirit and burning ambition.

China’s economy started to take off in the late 1990s. Today, most young people in the mainland have never experienced poverty and are therefore taking material comforts for granted.

And as the cost of upward mobility in society continues to rise – thanks to the predominance of big businesses and skyrocketing property prices – many young people in the mainland have already given up on trying to become successful and stopped making plans for their lives, thereby giving rise to the “I’m easy” attitude to life and the “Buddhist” mentality.
TOP