For China's Buddhist Monks, an IPO Too Far

Beijing, China -- In China, religion is big business. The famed Shaolin Temple owns dozens of companies and its abbot is popularly known as the "CEO monk." Two of China's four sacred Buddhist mountains are publicly listed. So management at Mount Putuo Tourism Development Co., which oversees a third holy mountain, probably thought that their own initial public offering would cause little controversy. 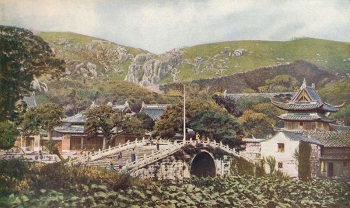 It didn't work out that way. Last week, after an unrelenting campaign against the IPO by furious monks, China's top securities regulator announced that the listing had been withdrawn. It was an unusual move by an officially atheist government. But under President Xi Jinping, traditional Chinese religions are enjoying a surge in state support, and are increasingly expected to adhere to higher values than the bottom line. The country's extended experiment in commercialized religion, in fact, is under threat.

Forty years ago, nobody in China would've imagined a religious IPO. Faiths of all kinds had been driven underground during the Cultural Revolution. That began to change in the late 1970s, when religious sites, including churches and temples, were allowed to reopen under strict oversight. Yet the government was concerned that foreign adherents would view the opening as an opportunity to infiltrate Chinese religious institutions (the Catholic Church's role in resisting Eastern Europe's Communist governments confirmed these fears).

The solution officials hit upon was to give approved religious groups permission to self-fund through whatever means they might devise. Thanks to additional rules that ordered the return of religious property that had been seized in previous decades (including temples, monasteries and churches), many of China's religious organizations found themselves in a position to go into business -- specifically, the real-estate business. These days, it's not unusual to find Chinese churches or temples adjacent to, or part of, a shopping mall.

From there, the commercial opportunities only expanded. As these faiths reemerged, they revealed a deep reservoir of religious hunger in China. Temples, churches and mosques soon overflowed with visitors, and pilgrimage sites -- including the sacred mountains -- became major travel destinations. Mount Putuo, 20 miles off the coast of Shanghai, had 8.5 million visitors last year, up 14 percent over 2016. State-owned Mount Putuo Tourism, which primarily sells ferry tickets, took in more than $126 million in revenue in 2017.

With numbers like that, an IPO was almost a certainty in contemporary China. And until recently it wouldn't have seemed especially controversial. After all, the government hasn't been notably attentive to religious sensitivities in recent years, and the previous two sacred-mountain IPOs -- in 1997 and 2015 -- went off without a problem.

But several factors have since changed. Most important has been the ascent of Xi. Although Xi's religious beliefs (if any) are unknown, it's clear that he has viewed Buddhism favorably since his late 20s, when as a young official he supported the reopening and renovation of a Buddhist temple. Since then, he has cited the experience as a model for government cooperation with religious organizations.

More pointedly, Xi has also initiated a campaign to restore traditional culture to China's moral center. In part, this is a conservative reaction to the perceived rise of decadent Western values. But by embracing what he characterizes as China's traditional Buddhist and Taoist faiths, Xi has also sought to bolster the government's claim to moral authority and strengthen state-backed religious institutions. When the Mount Putuo IPO was first announced, the Buddhist Association of China attacked it as a "vulgarization" of the faith, and cited new regulations prohibiting Buddhism's overt commercialization. Three years ago, the group would've been ignored. These days, it has the government's ear.

That's probably good news for adherents of China's traditional faiths, so long as they're comfortable with the long-established intermixing of church and state -- and aren't hoping to turn a faith-based profit.
TOP