Former convicts make a new life for themselves through Buddhism

Taipei, Taiwan -- No on paid much attention to Chen Yung-chuan after he suffered a stroke that left him paralyzed. Chen initially wanted to kill himself. In Chen's greatest hour of need, Master Chan Kung brought Chen to a Buddhist compassion organization where people there took care of him. 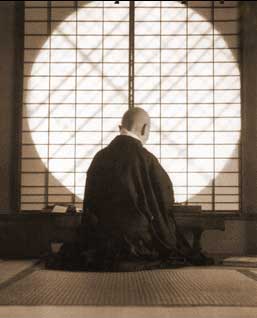 At the center, Wu Tung-hsing, who used to work in the underground sex trade and displayed quite an unpredictable temper, volunteered to take Chen under his wing and care for him. He not only cleaned up after Chen after he went to the bathroom, but also provided assistance in his physical rehabilitation. In what amounted to a miraculous recovery, Wu nurtured Chen back to health in just a few short months. Even doctors expressed surprise at Chen's recovery.

Master Chan Kung was originally a gangster involved in a crime syndicate. Ten years ago, he established a Buddhist compassion center, the Ta-chueh Tung-hsin-hui, to provide shelter to people and help them in starting a new life.

Countless criminals have spent time at the facility, which has helped them change their lifestyles and become more charitable, even becoming devout Buddhists. About a half a year ago, the Taiwan After-care Association and the Tainan Detention Center sent the center someone who was primed to start a new life. The work involved in getting Chen on the right path, however, was much more difficult than for many others who had come through the center's doors. The reason for this was that the person sent to the center was completely paralyzed and had no means of speaking.

Master Chan Kung said Chen had been imprisoned after being convicted of theft. When Chen had his stroke, he was sent to a hospital for treatment. Despite his serious condition, no one made any inquiries about Chen. Master Chan Kung said, "Many people are not even willing to throw away a rotten banana. Instead, what they do is cut off the rotten part and then eat the rest." He said that one should not abandon life and at the worst times. It was in this spirit that he decided to claim Chen and take him back to the center where he could be taken care of.

Initially, Chen had no control of his bodily functions and would urinate and defecate at will. He would soil his clothes and the bed to which he was confined. None of the people who were residing at the facility wanted to have anything to do with cleaning up after Chen. Wu Tung-hsing, however, decided to take on the task without even having to be asked. Given Chen's long battle with illness, he no longer wanted to continue on with life and wanted to die. Wu Tung-hsing has to constantly be on the look out in case Chen tried to commit suicide.

Even though taking care of Chen was quite a task, Wu Tung-hsing's studies in Buddhism served him well; he looked upon the job with a sense of compassion. While he was taking care of Chen, he would constantly pray to Buddha to give Chen life. After giving the utmost attention to Chen over a period of time, Chen gradually began to get better. Chen, who originally was not able to speak, one day all of a sudden uttered a six syllable Buddhist couplet Om Ma Ne Pad Me Hom. Both Master Chan Kung and Wu Tung-hsing were both surprised and delighted that Chen said the words. They both attributed Chen's remarkable progress to the power of Buddhism.

Chen presently is still in the stage of rehabilitation. Nonetheless, he has decided to commit himself to the study of Buddhism. In order to reduce the burden that he presents to others, he each day takes it upon himself to struggle up and down the stairs in order to rehabilitate his legs. He hopes one day to be totally rehabilitated, both mentally and physically, and to be able to accompany Master Chan Kung to prisons throughout Taiwan so that he can tell his story.

Wu Tung-hsing said that in his younger years, he got on the wrong track, and before long found himself addicted to drugs and alcohol. In addition, at the time he had even opened the largest house of ill repute in Tainan. In 1978, the establishment was raided, and the move attracted quite a bit of attention at the time. He was tried and ultimately sent to jail on drug offenses as well as offenses against morals. In the days after that, his wife and children left him, and he went through a very tough time. This forced him to consider his past, however, and it was at this time that he decided to repent.

Wu said that in those early years, he wanted to kick the drug habit, but every time he would start to go through withdrawal, he would lose all rationality. The only thing that occupied his mind was to get the quick thrill of inhaling drugs and how to obtain the drugs he needed. He said that every day of his life was a battle between his will and his drug addiction. In order to once and for all kick drugs, he moved to someplace where he knew no one and worked as a bundler. The work was hard and he would perspire profusely. He became so preoccupied with the work, however, that this enabled him to forget about drugs.

Over 10 years ago, he first came into contact with Buddhist doctrine and began reading a lot of Buddhist scripture. While Wu spent a lot of time trying to understand this new knowledge to him, he really was not yet able to internalize it. Then he met Master Chan Kung, he helped to unravel the mysteries for him. Wu finally understood that blindly reading and reciting the texts in the past really were of no meaning. He needed to realize the meaning through doing good and charitable deeds. Wu said that these days, no matter how hard or dirty the task, even cleaning up after someone who has lost continence, he looks upon this work as a means to provide more training for himself in practicing the meaning of Buddhism.

Wu stressed that after he had his epiphany, he decided to give up his business in injection machinery. He also resigned from his job as a manager at a security company. His main goal in life was to work with Master Chan Kung and live a life of Buddhist compassion. He often makes trips to correctional facilities throughout Taiwan where he tells his story how he finally kicked his drug addiction. Wu said he believes that his life as it is now carries more meaning than anything he's done in the past.