Tzu Chi Foundation response to the Massive quake in Japan

Taipei, Taiwan -- An 9.0-magnitude earthquake on the Richter scale hit Japan on March 11 at 2:46 pm Japan time. Immediately after the quake, the Buddhist Tzu Chi Foundation set up an emergency coordination center in its global headquarters in Hualien, Taiwan. 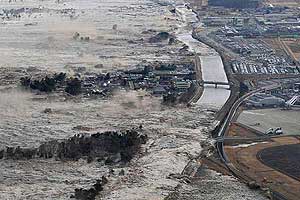 Tzu Chi volunteers have already started to assess the needs of residents who stay in the emergency shelters under the coordination of Japan officials. In the meantime, Tzu Chi global headquarters in Hualien has air freighted 5,000 blankets made of recycled PET bottles with features of warm and light-weighted and 35,000 kgs of instant rice which is ready to be served after 40-50 minutes in room temperature water or 20 minutes in hot water and 1,000 kgs of mixed nuts to Japan on March 13, 2011