Tibetan chic: Why Buddhism is so hot right now

Sydney, Australia -- Madonna made those little red Kabbalah bracelets cool for five minutes, and Tom Cruise talked up Scientology, but Buddhism firmly remains the religion du jour for Westerners looking for respite from a greedy, violent and stressed out world, according to a University of Western Sydney expert. 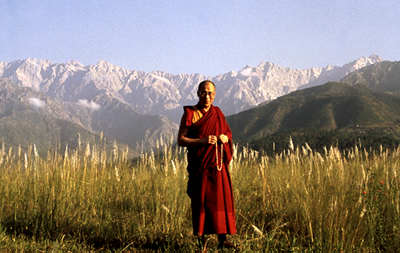 Dr Cristina Rocha, an ARC postdoctoral fellow with the UWS Centre for Cultural Research, is the author of 'Zen in Brazil: The Quest for Cosmopolitan Modernity', being launched today.

Dr Rocha says increasing numbers of Australians, like those in other Western countries, are shying away from their religion of birth and instead adopting 'spiritualities of choice'.

"Buddhism is attractive because it provides a powerful antidote to the stress, greed and violence of today's world," says Dr Rocha.

"Buddhism is now the fastest growing religion in Australia, growing 80 per cent between the 1996 and 2001 census. Interestingly, this surge is not only due to migration, but also to large numbers of Australian's converting to Buddhism.

"People from Western cultures are drawn to Buddhism because it is seen as a 'feel good' spirituality - not tied to a particular church or central leader - and is associated with peace, love, happiness, justice and enlightenment.

"Westerners find it gives them tools to cope with the day-to-day, and helps them detach from the rampant consumerism and stresses of their busy lives."

She says Western society's eagerness to embrace Buddhism stands in stark contrast to its misunderstanding, distrust and fear of a religion like Islam, which is labelled by Western media as 'violent' and linked to terrorism.

"One of the reasons for this is the fact the Dalai Lama received a Nobel peace prize in 1989 for his peaceful resistance against the Chinese invasion of Tibet," says Dr Rocha.

Dr Rocha says Western society's flirtation with Buddhism was boosted in the 1960s, thanks to increased levels of migration and exposure to other cultures, and the flower-child generation's willingness to explore things spiritual and alternative.

However, it's grown into a full-blown love affair over the last few years, fuelled along by influential Hollywood stars, the media, and other Zen-loving celebrities.

The fascination has even been given a label by commentators - 'Tibetan chic'.

"Western culture's exposure to Buddhism is so much greater now. Books by the Dalai Lama are bestsellers, and people flock to see and hear him speak as he travels the world. In recent years there have been many movies like 'The Little Buddha', 'Kundun', and 'Seven Years in Tibet', and non-Hollywood films like 'The Cup' and 'Samsra'," says Dr Rocha.

"Celebrities like Richard Gere and the Beastie Boys have used their status to bring attention to the plight of Tibet and its struggle against China; and actress Uma Thurman's father, Robert, who is now a professor at Columbia University, was the first Western Tibetan Buddhist monk and an interpreter for the Dalai Lama."

According to Dr Rocha, increasing numbers of Westerners today want to construct their own spiritual practice; a 'pick and mix' of religious elements that suit them best.

"In contrast to Asia, the way Buddhism has been adopted in the West has meant that individualism is emphasised. Western followers regard meditation as the main practice of Buddhism," she says.

"Westerners see meditation as something you can do alone, any time, anywhere; as if there's no need for a temple, or a priest or monk. This enables an individual to embark on their own spiritual quest for enlightenment."

Dr Rocha says the extent of Buddhism's reach into other cultures is best illustrated by the Brazilian experience, which is the focus of her book.

"Brazil is one of the most predominantly Catholic countries on the planet, yet Buddhism has been experiencing a surge in popularity among the urban, cosmopolitan classes over a number of years," she says.

"In the 1990s, Buddhism in general, and Zen in particular, were adopted by national elites, the media and popular culture as a set of humanistic values to counter the rampant violence and crime in Brazilian society."

'Zen in Brazil: The Quest for Cosmopolitan Modernity' will be launched tonight by Associate Professor Ghassan Hage, from the University of Sydney.

The launch is sponsored by the Japan Foundation and the UWS Centre for Cultural Research (CCR).