Sydney, Australia -- It's not until about halfway through our interview that Steve Killelea's demeanour of calm, self-effacement slips - just a little - and he allows himself to show what might be pride. 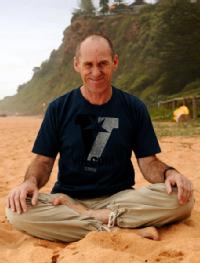 << On a mission ... Steve Killelea is using his wealth to help some of the world's poorest people. Photo: Quentin Jones

Killelea, a self-made millionaire many times over and one of Australia's largest individual donors of foreign aid, is talking about a woman living on the border between Congo and Tanzania, who he met while visiting one of his many aid projects.

The woman was HIV positive and desperately in need of a helping hand, which Killelea's foundation provided in the form of a $200 donation she used to set up a shop.

"I went back there about three or four years later and she had this thriving shop and she was on retrovirals," he says. "Her sister was in a boarding school being educated and she had built a house for herself and was in the process of building a second house for her dad."

That this individual success story is told with just the smallest hint of quiet satisfaction is only noticeable because that is most definitely not Killelea's style.

Years of meditation and studying Buddhism have allowed him to remove the "emotional clutter" from his mind and focus with great clarity on whatever the matter is at hand.

It was his extraordinary acuity in business that brought him his millions (he floated his software company in 2000, putting nearly $86 million in his pocket) and he employs those same skills in his quest to use that wealth to make a difference in the lives of the world's poorest people.

But he does admit that he needs to regularly put away the spreadsheets, strategising and projections to visit the people he is helping in places like Papua New Guinea, Rwanda, Cambodia and Kenya.

"What's really important for me and for anyone who gives is to go and look at the outcome of your work - that's where you get your emotional connection and satisfaction," he says.

"If I go for 12 to 18 months without going into the field, you can start to view the thing all in the head and none of it in the heart.

"If you want to have a good life and really do good, you need a balance of head and heart."

Killelea is a slim, fit-looking 60-year-old who has "slowed right down" on his surfing only in the past couple of years.

"Over the years I've probably had a couple of hundred stitches through surfing accidents. I realised the body wasn't healing at the pace it used to."

He had a "very good upper middle-class upbringing" on the northern beaches, where he still lives with his wife Debbie, with whom he has had four children.

At age 25 he realised there was probably more to life than surfing and became involved in the computer industry.

His first business, Software Products, developed a program to detect problems and prevent crashes in computer servers, making the young Killelea a lot of money along the way.

"I retired at probably 37 but that lasted about three months," he says. "I was just too young, too energetic. When you have got enough money, you start to think about some of the bigger things in life - what is the meaning of your life?"

The answer that Killelea arrived at, informed by his strong Buddhist philosophy, was that meaning comes only from helping others.

So he began involving himself in individual overseas aid projects, always bringing his business analysis skills to bear.

One of the early projects was a clean water facility in Laos.

"We dropped the death rate in children under five from 18 per cent to 12 per cent."

The stream of numbers is typical of Killelea's "measure it and it can be improved" approach - just as with his software businesses, he passionately wants to see the numbers heading in the right direction.

Here he is on famine relief: "Generally you can keep someone alive for about 40 to 60 cents a day. A lot of the time you just need the drought to break - and often that can be only 90 days."

In 2000 Killelea set up his own charity group to help spend his money effectively.

Characteristically, it doesn't bear his name but is called simply The Charitable Foundation. Despite its low public profile, the group is one of the largest private overseas aid organisations in the country - spending more than $5 million last year.

The foundation targets the poorest of the poor and aims for the maximum "bang for buck" with the projects it chooses.

"What we do is look at a project and what the intervention is and the number of people helped divided by the cost and that way we come up with a price tag per person per intervention," says Killelea.

But is he ever troubled by having to make what are effectively life-and-death decisions for people - deciding to help one group over another?

"No," he says. "In some ways I think deeply and in other ways quite shallowly. We've got a strategy and I just stick with the strategy."

The areas in which he operates read like a league table of some of the world's most desperate and troubled spots: Rwanda, Burma, Cambodia, East Timor, Papua New Guinea, Kenya, Zimbabwe.

Spending so much time dealing with the effects of violence made Killelea think more and more about the concept of peace.

"I started to wonder what the inverse of all these failed states would be," he says.

Typically, Killelea was bothered by this revelation - bothered enough to do something about it and, typically, that "something" was on a grand scale. Thus the Global Peace Index was born.

Launched in May 1997, the index ranks a country's relative peacefulness using a broad range of 24 indicators, including the number of its citizens who are in jail, military expenditure and the levels of violent crime.

Endorsed by figures including the Dalai Lama, Desmond Tutu and Jimmy Carter, the index has attracted worldwide media coverage in its first two years and provided a new dimension to the discussion about conflict around the world.

"Here is a guy saying, `Wait a minute. We can measure people's performance in terms of non-violence rather than violence.' This is the first time we have had a measure like that."

The most recent index was published in June last year. Collated and calculated by the respected Economist Intelligence Unit, it ranks 140 nations. In pole position is Iceland (before it was buffeted by the global financial crisis) followed by a roll call of most of the world's most developed and prosperous nations. Australia sits at a relatively lowly 27 and the US is ranked 97th. As one might expect, deeply troubled countries such as Iraq, Somalia, Sudan and Afghanistan bring up the rear.

"You start to be able to understand the fabric of what actually creates peace," says Killelea. "I say that peace is a prerequisite to the survival of society as we know it in the 21st century."

He admits the index has its limitations and says the methodology is being improved and refined. However, one of the simple truths that has emerged from it is this: peace is good for business and economic activity generally, a fact that evidently appeals both to Killelea's entrepreneurial instincts and his spiritual side.

Give governments and companies a sound business case for promoting peace, he reasons, and it might provide the push to end many of the world's conflicts.

To Killelea, the defence industry has held sway for far too long and more attention should be given to the "peace industry" - all the many businesses that flourish in peaceful conditions. Obvious examples include tourism, commercial aviation and retail generally.

But don't call him "anti-military".

"One of the key things in the modern peace movement is that a lot of it is quite conservative, including myself," he says. "We're not anti-military in any shape or form. I've spent enough time in war zones to understand the value of military. The Western military in particular is highly disciplined and works off ethics. We can debate the wars the military have been told to fight but that is a different proposition. We need the military and we need a defence force to globally police trouble areas."

It all makes eminent good sense and Killelea's passion is unmistakable.

Yet, characteristically, it has to be left to others to assess how important the contribution of this modest man is. To Stuart Rees he is "one of the most important philanthropists in the country".

"He's a gorgeous example of an Australian surfing boy who has done extremely well but, instead of accumulating it all for himself, is in a very generous way using it for other causes," he adds.

Tim Costello, chief executive of World Vision Australia, has worked closely with Killelea and is equally unstinting in his praise.

"He is a major personal benchmark for other mega-rich people in Australia He's not doing it to attract attention - he has just been touched by what he has seen."

And Killelea himself? Why has he made such an extraordinary commitment to helping others?