Finding the way to Nirvana on stage

Presenting The Life Of Buddha

Boston, MA (USA) -- Siddhartha Gautama, founder of Buddhism, was born in India 500 years before Christ. He began life as a privileged prince, but in his late 20s gave up his royal existence in the pursuit of enlightenment and spiritual awakening. 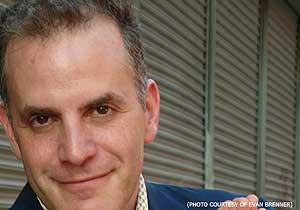 Now, his life and teachings are the subject of the one-man show, "Buddha - Triumph and Tragedy of the Great Sage," written and performed by Evan Brenner.

The idea came to Brenner after he saw Alec McGowen perform his one-man show, "Saint Mark's Gospel." "I was immersed in the Sutras (canonical texts held to convey the words of Buddha)," he said. "They are very dramatic and I was reading one of them to my girlfriend at the time. She sort of 'oohed' and 'ahhed' at the right points and I thought -- why not do the story of the Buddha."

Many people may not aware that the Buddha was an actual human being. "That's one of the things I was very excited about sharing with people," Brenner said.

Far from a religious lecture, the play has drawn traditional theatergoers interested in the artistic dramatization of the prophet's life. "I consider the story to be a celebration of an imperfect man with a perfect theory," he said.

Since the Buddha shared his philosophies and teachings orally, the evening emphasizes the message over elaborate staging. Still, Brenner feels the concept is particularly suited for the theater "because theater, at its core and at its best, is a live spontaneous experience," adding, "the Buddha was a masterful storyteller."