Thailand: Keep religion out of charter

Bangkok, Thailand -- Whether Buddhism should be declared the national religion and enshrined in the new Constitution is likely to become a matter of widespread public debate in coming weeks, as the complete draft of the charter is about to be made public, tentatively on April 19. The Constitution Drafting Committee is divided on the issue, with CDC chairman Prasong Soonsiri taking a neutral stand due to the sensitivity of the issue. 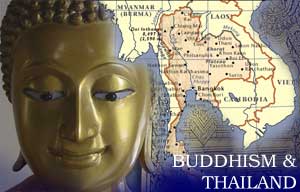 A group of Buddhist nationalists has been collecting signatures from the public to push for the inclusion of a clause in the new charter to "nationalise" Buddhism; they warn that their supporters might vote against the charter in a national referendum tentatively set for September, if such a clause is not included. Posters in support of the campaign have been put up in several temples in Bangkok, while booklets and anonymous leaflets have been circulated in Buddhist communities to solicit backing for the nationalists' move.

The sudden resurrection of Buddhist nationalism among many monks and their followers coincides with the surge of violence in the deep South allegedly perpetrated by Islamic extremists, who have been trying to portray their terror campaign as a religious conflict between the marginalised Muslim minority and the oppressive Buddhist majority.

Fortunately though, the extremists have not been successful in their attempt to fool the world about their dirty war against mostly innocent civilians. Although as many Muslims as Buddhists have been killed in the deep South, the fact that Buddhists, including monks, have been discriminately targeted for elimination and monks have to be escorted by security forces on their alms-receiving rounds has struck fear within the Buddhist clergy that Buddhism is under serious threat and that it may not survive in the restive region.

Such fear is not baseless, but whether it justifies the enshrining of Buddhism in the Constitution remains a big question mark. In addition, several other reasons have been cited for the need to make Buddhism the national religion.

Like several other religious faiths, Buddhism is vulnerable; many young Thais have increasingly turned their backs on temples and many monks have embraced the lure of materialism. It requires more than just a few sentences in the Constitution to rekindle faith in Buddhism among the Thai youth. It is also questionable whether enshrining Buddhism in the charter would make Buddhists or their fellow Muslims in the deep South feel any safer from the murderous insurgents.

There is no doubting the good intentions and concern of Buddhist nationalists for the future prospects of Buddhism in this country. But they should also take into serious consideration the sensitivity of the issue and the feelings of adherents of other religious faiths, Muslims in particular. Especially in light of the seemingly endless violence in the deep South, where the gap of mistrust between Muslims and Buddhists remains as wide as ever, and any move to nationalise Buddhism could easily be exploited by the Islamic extremists to further widen the divide. Muslim moderates elsewhere who are as patriotic and share the same aspirations as their fellow Thais may feel alienated too by such legislation and may question whether they are still Thai citizens.

Buddhism is a religion of peace and compassion. Which explains why Buddhism and other religious faiths have, for centuries, co-existed in peace and harmony in Thailand. To mix Buddhism with nationalism is a dangerous gamble which does not bode well for multi-religious harmony in the long term.