Hanoi, Vietnam -- Vietnam is a special nation in the preservation of Buddhist heritages, said the Deputy Head of the Indian Council for Cultural Relations (ICCR) Yogeshwar Varma. 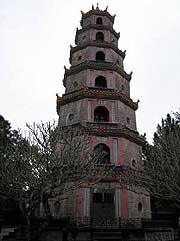 Yogeshwar made the statement on the sidelines of the International Buddhism Conference that took place in Hanoi on April 6-7.

He said, wherever he went in northern Vietnam, he saw Buddhist pagodas, even in small villages in the countryside, which proved the great influence of Buddhism on Vietnamese people’s life.

Yogeshwar recalled his special impression during his first visit to Vietnam. The My Son relic site in central Quang Nam province which is considered as one of the major Hinduism temple complexes in Southeast Asia, is really a wonderful heritage that deserved to be a world heritage site, he said.

Despite being ravaged in the two resistance wars against France and the US, many pagodas in the northern region still preserve their ancient architecture, he noted.

According to Yogeshwar, India and Vietnam have had long-term cooperation in Buddhism research.

He said he hoped there would be more Vietnamese scholars to study Buddhism in India. ICCR is willing to provide scholarships to Vietnamese students and scholars, he added.