The Law of Contradiction, Otherness and Excluded Middle  A Buddhist Perspective

Singapore -- In Buddhist logic, the origin of every judgment and concept from data of our senses starts with the act of running through the manifold of undetermined pure sensations first before we fasten upon one point of that series of pure sensations, a point with regard to which the rest will be divided in two. 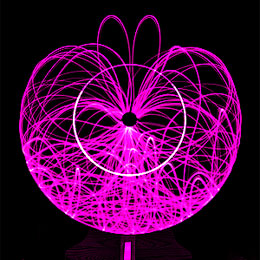 On the one side we have a comparatively limited number of similar things, on the other the less limited number of dissimilar ones. Both parts mutually represent the absence of each other. Therefore, every of our conscious thought or cognition thus represents a division into two parts. Thus, our cognition begins with an act of dichotomy.

As soon as our intellectual eye begins to ‘see’, our thought is already beset with contradiction. Once our thought has stopped running and has fixed upon an external point, to produce a judgment said, ‘this is blue’, we have already separated the universe of discourse into two unequal halves, the part that is blue and the infinite part that is non-blue.

Both parts are relative to each other. There is actually nothing blue in itself. The Law of Contradiction is an expression of the fact that all cognition is dichotomizing and relative. We can only cognize or determine a thing by opposing it to what it is not.

Contradiction can be conceived in its logical or dynamic forms. View logically it is a complete mutual exclusion such as e.g., blue and non-blue. They can co-exist in close proximity with each other without interference with each others’ existence. This mutual exclusion can also be referred to as the Law of Excluded Middle. In its dynamic form, both the opposing parts are mutually endeavoring to oust one another out of their mutual opposition. Light and darkness is such an example as each is a complete negation of the other. They cannot peacefully co-exist in close proximity with each other. They appear and disappear due to the totally of causes. This is the Buddhist theory of causation. The Law of Excluded Middle also fully applied here as well.

In real phenomena, there is always something in the middle. If light appears all of a sudden, there is always an intermediate moment of twilight between darkness and light. This is different in the case of logical opposition between light and non-light, the opposition is complete without an intermediate twilight moment.  Here, it can also be mentioned that the Theravada tradition maintained that between pleasure and pain there is the third position of Indifferent feeling in the middle. To the Buddhist logician, the last moment of the series of darkness is the cause (in the sense of dependent origination) of the first moment of light. Real causation belongs to a single moment only. On the other hand, efficient opposition is between one set of moments (duration of time) and another set which is constructed by our intellect. It is not ultimate reality. It is constructed phenomena.

The Laws of Contradiction is one of the main tools used by the Buddhist logicians in establishing their theory of Instantaneous Being, for Instantaneousness is the very essence of every real thing. The logical law of contradiction does not apply to the ‘Things-in Themselves’, as logic is thought and thought is imagination and not ultimate reality. Ultimate reality in Buddhist philosophy is the reality of a point instant. It is the efficiency of a point instant. There is no relation of opposition between entities.