VATICAN CITY -- A Roman Catholic cardinal on Tuesday praised Buddhism for instilling the values of wisdom, compassion and non-violence in young people in a message to mark the Buddhist feast day of Vesak. 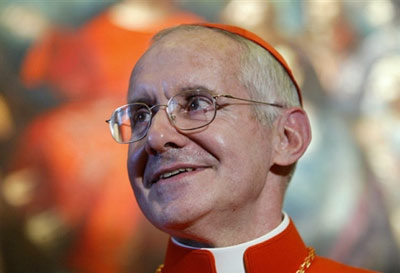 "As Buddhists you pass on to young people the wisdom regarding the need to refrain from harming others and to live lives of generosity and compassion," said Jean-Louis Tauran, the Vatican's head of inter-religious dialogue.

He said this aspect of Buddhist education was "a precious gift to society".

"Today, in more and more classrooms all over the world, students belonging to various religions and beliefs sit side-by-side," he said.

The cardinal called for "deeper reflection" on the need "to be ready to join hands with those of other religions to resolve conflicts."

Young people "put pressure on us to destroy all the walls which unfortunately still separate us," he added.

Tauran last month condemned the "ignorance" in relations between Christians and Muslims, criticising in particular rising Islamophobia in Europe.