The Philosophy behind the Buddhist ethic of Ahimsa

Colombo, Sri Lanka -- The concept of ‘ Ahimsa ‘ had its origins in the movement to oppose Animal Sacrifice initiated by the Buddha and Mahavira (also known as Nigganta Natha Putta ) the founder of Jainism, in the 6th Century B.C.

We reproduce below an article by Professor Mahinda Palihawadana, President of the Sri Lanka Vegetarian Society and Founder Member of the Society for the Protection of Animal Rights (SPAR), on this subject: 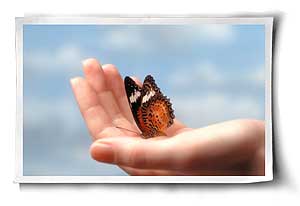 During the time of the Buddha, many kinds of sacrifices were practised by Brahmins who were the priests of the Vedic religion professed by the upper castes of contemporary Indian society. The Buddha did not see any value in these sacrifices, primarily because they were entirely external rites. If one could speak of a ‘right sacrifice’, it had to be something that was internal or ‘spiritual’.

“I lay no wood, Brahmin, for fire on altars Only within burneth the fire I kindle” – says the Buddha, mindful of the Brahmins’ practice of tending a regular ‘sacred fire’ and pouring oblations into it for the various gods of the Vedic pantheon.

This however was only a relatively harmless, albeit in the eyes of the Buddha useless, activity. The Vedic priests also advocated and performed several types of cruel animal sacrifice such as “The sacrifices called the Horse, the Man, The Peg-thrown Site, the Drink of Victory, The Bolt Withdrawn – and all the mighty fuss- Where divers goats and sheep and kine are slain”.

The Buddha rejected all these sacrifices in no uncertain terms. For example, when he was told of a ‘great sacrifice’ that the king of Kosala was about to perform, where 2500 cattle, goats and rams were to be immolated, he declared: “Never to such a rite as that repair The noble seers who walk the perfect way.”

And, in one of the Jataka stories (Bhuridatta), the future Buddha is reported to have said: “If he who kills is counted innocent, Let Brahmins Brahmins kill.

We see no cattle asking to be slain that they a new and better life may gain; Rather they go unwilling to their death And in vain struggles yield their final breath.

To veil the post, the victim and the blow, The Brahmins let their choicest rhetoric flow”.

The first are the strict ascetics and the second the butchers, trappers, fishers and robbers. It is however the third group that is of special interest in our context. It includes kings and powerful priests who, on such occasions as the opening of a public building, hold a great ritual, “with the sacrifice of many cattle, goats and rams, with wood-cutting and grass-strewing and with much bullying and hustling of servants and slaves, working in fear of chastisement.”

The Buddha does not approve of the conduct of these three classes. It is the last kind, who do not torture themselves or others, that he admires and they are none other than those who follow a compassionate ethic such as the one the Buddha himself advocated.

A particularly touching discourse of the Buddha on animal sacrifice comes in one of the most ancient Buddhist texts, the Sutta Nipata. Here in a discourse on the ethical conduct fit for a Brahmin (Brahmana-dhammika Sutta), the Buddha speaks respectfully of ancient Brahmins who spurned the taking of life and never allowed their religious rites to be tainted by the killing of animals. But corruption set in and they started the practice of animal sacrifice. When the knife was laid on the neck of cattle, the gods themselves cried out in horror of that crime of ingratitude and insensitivity perpetrated on an animal that was to humans such a faithful worker, such a sustainer of life.

In the piece known as the Discourse with Kutadanta we come across a king’s Brahmin counsellor who is preparing a great animal sacrifice, concerning the right procedures of which he consults the wisdom of the Buddha. T. W. Rhys Davids, the distinguished translator of this text, alerts us to the fact that this would be the last thing that an eminent Brahmin is likely to do – to seek the Buddha’s opinion on how to conduct a sacrifice. So he describes the discourse as a “deliberate fiction full of ironical humour”.

The Buddha tells Kutadanta of a worthy sacrifice held in ancient times under the guidance of a certain enlightened Brahmin counsellor. In this sacrifice no living thing is injured; all the labour is voluntary and the sacrifice is offered not only on behalf of the king, but of all the good.

The Buddha then tells Kutadanta of even better forms of sacrifice. In the course of this discourse, as Mrs C. A. F. Rhys Davids points out (Encyclopaedia of Religion and Ethics, article on Sacrifice/ Buddhist), the stations in the road to the good life – the perfect lay life and the perfect religious life – are set forth as so many degrees of sacrifice, each better than the other. Thus the highest sacrifice is that insight and wisdom which signifies the abandonment of the sense of self – i.e., the sacrifice of ego-centredness .

It is not a matter for surprise that the Buddhism along with Jainism, the other great religion of Ahimsa, as well as several sects of Hinduism, rejected animal sacrifice, although many other religions approved of it to some extent or another.

The Buddha in fact was outspoken in His criticism of such entrenched features of the contemporary religious and social scene as sacrificial rituals and the caste system. (His ‘detachment’ was not indifference or withdrawal of judgement, as has been often misunderstood. Consider his reply to Potaliya who told him that the best person was one who neither praised the praise-worthy nor blamed the blame-worthy: Far better is the person who speaks in dispraise of the unworthy and in praise of the worthy, saying in due time what is factual and truthful. (Anguttara ii 100)

In the modern world, there is a powerful movement which seeks to reduce and eliminate the crimes that are perpetrated on animals and to introduce to the social ethic an element of justice to other sentient beings who share the planet with us, humans. This movement is all the more remarkable in that it reflects an attitudinal shift in the predominantly Christian West which is beginning to see the true nature of the moral evil that the abuse and exploitation of animals is.

The fundamental thrust of this movement stems from the realisation that animals are like us when it comes to suffering, pain and the prospect of the deprivation of life. It is this very sympathy with the suffering of animals and other sentient beings that is at the core of Buddhist compassion or loving kindness (mettaa). Says a verse in the Dhammapada, the most popular of Buddhist texts:

“All fear the rod of death are all scared.

(Understanding others) from one’s own example, One should neither kill nor cause to kill.”

In the very next verse much the same is said with this addition: ‘For all is life dear’. Here in simple terms is the ‘philosophy’ behind the Buddhist ethic of Ahimsa: other living beings are like us; we should treat them the way we want to be treated ourselves. This is the spirit behind the first precept which enjoins us neither to kill, nor to encourage killing as clearly explained in the Dhammika Sutta.

This is the spirit that prompts the Noble Eightfold Path to forbid the trade in flesh and engaging in fishing, hunting etc. for those who profess to follow that Path. It is the same spirit that projected an ideal of kingship in which the ruler provided defence and protection (rakkhavarana-guttim) not only to the different classes of the human population, but also to birds of the air and beasts of the land (miga-pakkhisu).

The natural corollary of such a teaching in modern parlance is that animals have the same right to life which we humans claim for ourselves. And it is the sensitivity to this right that made Emperor Asoka, whose life was abundantly inspired by the teachings of the Buddha, to promulgate, in the well known Rock Edict I: “Here no animal shall be killed or sacrificed”. This is an outstanding example of an ethical teaching being made the basis for a legal pronouncement.

The tradition of royal decrees based on the ethic of respect for animal life was also followed in Sri Lanka prior to the advent of colonialism. Consider the Maaghaata (Do not kill) proclamations of five kings of Lanka from the first to the eighth century, beginning with Amandagamani Abhaya, which forbade the killing of any living being within the realm. King Vijayabahu I in the 11th century and Parakramabahu the Great in the 12th also made proclamations of protection of wildlife and fishes in the forests and lakes of Sri Lanka.

Kirti Sri Nissankamalla, one of the kings who came after Parakramabahu, promulgated a remarkable decree, which he publicised in six of his famous inscriptions, forbidding the killing of all living beings in the irrigation lakes of the entire country. In his Anuradhapura inscription he decreed that no animals should be killed within seven leagues of the city and induced a certain group of hunters to desist from the trapping of birds. These few instances suffice to give us an idea of the pervasive influence of the Buddhist attitude to animal life in the social and legal history of Sri Lanka.