Jakarta, Indonesia -- Different people take different paths in an effort to attain perfection. While a few people are endowed with extraordinary talent or intelligence to invent or create, most people need not worry about that and simply follow or apply what the inventors or creators have discovered for us. 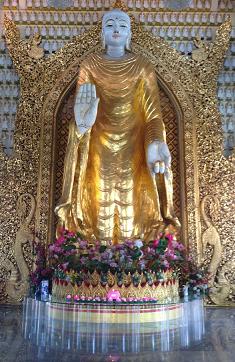 << Waisak offers precious momentum for Buddhists to apply - and not necessarily to simulate - what he taught and demonstrated during his lifetime.

The celebration of Waisak, or Buddha’s Day of Enlightenment, on Saturday is therefore the perfect time for Indonesians, particularly Buddhists, to take a break from their daily routines and refresh their minds with noble ideas and teachings of Siddhartha Gautama in the pursuit of a balanced life and spiritual perfection.

Waisak, essentially a commemoration of three important events in the life of Siddhartha, namely his birth, his enlightenment after which he became Buddha (literally meaning “the enlightened one”) and his death, therefore offers precious momentum for Buddhists to apply - and not necessarily to simulate - what he taught and demonstrated during his lifetime.

Born the prince of a small kingdom in India, Siddhartha was showered with riches and shielded from the poor, the sick, monks and death, through to adulthood. However, his eventual encounter with those whose lives had been touched by sickness, death, poverty and monks made him realize that his life was not eternal and he then decided to abandon his riches and left his wife and young son to live a monastic life.

The teachings of Buddha focus on ways to escape the cycle of wants and desires, to end suffering (nirvana). Devout Buddhists should therefore endeavour to lead a noble life according to the teachings, including commitments to abstain from harming living beings, stealing, sexual misconduct, lying and intoxication. As part of a heterogeneous society, Buddhists are expected and always reminded to live in harmony with people of other faiths and to respect the beliefs of other people as Buddha taught.

Buddhism, as well as other religions, teaches and expects its adherents to strike a balance in life - to pursue ones’ dreams as individuals who have ambition and expectations, but at the same to have empathy and concern for others, particularly the hapless ones.

And in such a plural, multicultural and multiethnic Indonesian society, with the yawning gap between the rich and the poor, truly implementing the teachings of Buddha will at least help soothe the impact of such critical differences on the nation and benefit the adherents - individually - in their pursuit for religious perfection.