Going beyond Rational and Irrational Devotion

by Dzongsar Khyentse Rinpoche, The Buddhist Channel, May 9, 2017 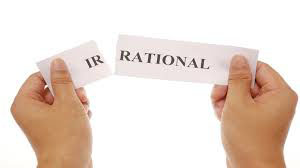 Saraha, the guru of the great Nagarjuna, defined devotion as trust in cause, condition, and effect — trust in the nature, the game, and the play of karma. This type of devotion is rational devotion.

Irrational devotion, though, has no basis in logic. It’s like believing in an almighty, truly existing god, or that the moon will speak to you, or that something does not exist because you haven’t seen it or heard it or because it doesn’t exist within your mind’s sphere or cannot be proven.

Having devotion that is beyond rational and irrational is unfathomable, especially in this day and age, in which rationalism is cherished, prized, and encouraged. But in the Vajrayana, as long as our devotion is bound by limited logic and reason, we will always have preferences, and we will reason our way out of devotion.
TOP