Buddha Purnima 2017: How Vesak is celebrated around the world

Buddha Purnima or Vesak is celebrated with religious fervour by the followers of Buddhism around the world. It not only marks the day when Gautam Buddha but also the day when he attained Nirvana (salvation) under the Mahabodhi tree at Bodh Gaya.

The day falls on the full moon night in the Hindu month of Vaisakh. The date varies every year according to the Gregorian calendar but it usually falls in either April or May. On this day devotees preach the teachings of Lord Buddha, decorate Buddha’s idol with flowers, chant Buddhist scriptures, eat vegetarian food and donate food, money and clothes to people. Each country celebrate the birth of Buddha in a different way, here’s a peek at the major celebrations around the world. 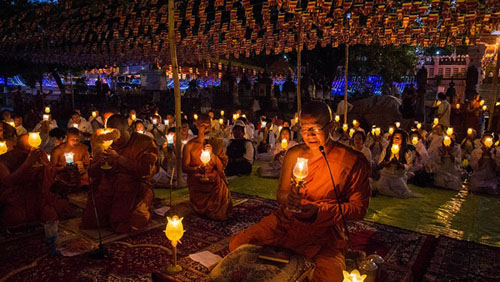 Known as the birthplace of Lord Buddha, the festival holds a special importance in India. Buddhist devotees from around the world visit the cities of Gaya, Sarnath and Kushinagar. Sarnath is the place where the lord gave his first sermon, a huge procession and a fair is organised. Followers are also seen donning white clothes holding prayers and chanting Buddhist scriptures. Buddha’s statue is also offered fruits, sweets and candles.

People here celebrate the day by wearing white dress and eating only vegetarian food. Kheer, sweet rice porridge, has a special significance on the day. It recalls the story of a maiden named Sujata who offered Buddha a bowl of milk porridge who she perceived to be a holy man. Lord ate the porridge and bathed in the river Neranjara. He then threw the bowl in the river and said that if the it goes upstream I am successful in becoming a Buddha and if goes down I am not. And as expected the bowl went upstream staying in the middle of the river. During the celebration people also recite the story of the lord who followed asceticism to attain enlightenment. 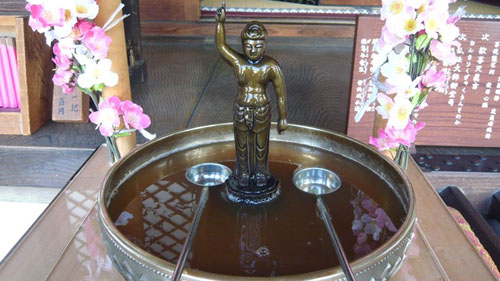 Though it is not considered a national holiday in Japan, people make replicas of shrines with spring flowers and place Buddha idols on them. Temples hold special events to remember the lord. People pour ‘ama-cha’, a beverage prepared using several hydrangea, on Buddha idols decorated with flowers. 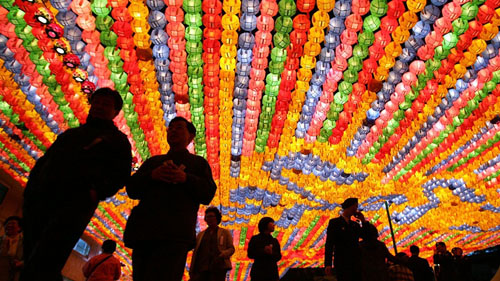 The day is celebrated on the eighth day of the forth month in the Korean lunar calendar and is known as ‘Seokga tansinil’ meaning ‘Buddha’s birthday’. It has now grown as a fully-fledged festival and is recognised as an official holiday. Throughout the holy month the entire temple is covered with Lotus lanterns and on the auspicious day free meals and beverages are provided by temples. 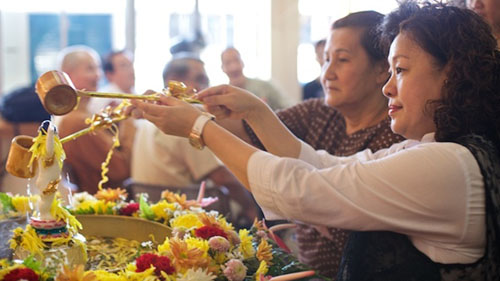 Buddhist temples organise celebrations and decorate it with flowers and flags. People organise blood donation camps, visit old age homes, donate food, clothes and money, release caged birds or animals and chant mantras. People offer flowers, candles and joss sticks to the temples and the day ends with a candlelight processions through the streets. After several petitions, Vesak was announced a public holiday in 1955. People in Sri Lanka decorate house and streets with candles and create huge pandals that depicts the life of Buddha. During the day they chant scriptures, offer prayers, listen to devotional songs, distribute food and sweets. 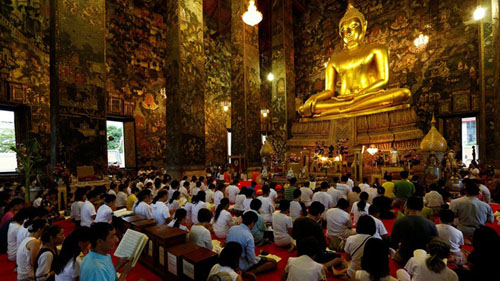 People in Thailand celebrate the day with much fervour. It is a ritual to visit Bankok’s wats i.e. Buddhist temples and in particular ‘Wat Phra Kaeo’ as it houses the Emerald Buddha and Sanam Luang. The place also hosts several religious ceremonies such as sticking of gold leaf on Buddha statue and walking around the statue.
TOP