Through a sustainable eLearning management system, ABBi hopes to establish a reasonable cluster of quality Dhammaduta learners, the new generation of Dhamma torch bearers who will continue to spin the Dhamma wheel
Kuala Lumpur, Malaysia -- Effective Buddhist spiritual propagation (Pali - Dhammaduta) is associated with someone having wide and deep knowledge of the Buddha's teachings (Dhamma) and the ability to use such knowledge appropriately. Knowing the extent of one’s knowledge, and when to use it (or not to use it at all) is the mark of a wise person. Nevertheless, to be truly effective, a Dhamma propagator has to have some depth in Buddhist knowledge. 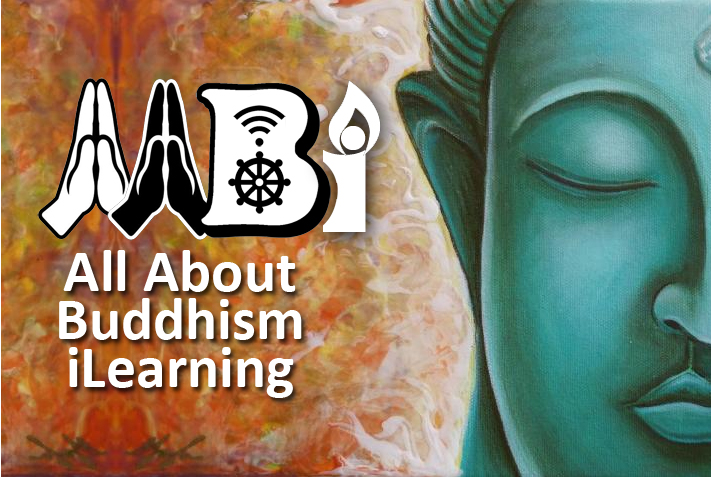 When we say "Buddhist knowledge" it does not necessarily connote spiritual wisdom. While Buddhist knowledge is acquired through Dhamma discussions or sutta studies, spiritual wisdom is attained through one’s effort in cultivating calm and insight. One school of thought maintains that sutta study is not necessary in achieving spiritual attainment, while another has the view that studying the Buddha’s word is essential when it comes to propagation work.

If one joins the Sangha in his youth, one would usually take up the responsibility of study, and go on to cultivation of insight later on (DhA 1:7f, 155). Those who renounce at an advanced age would normally take up the burden of cultivation.

Although one need not take up the duty of sutta study (gantha-dhura) to gain enlightenment, nevertheless it is of great benefit when it comes to Dhamma propagation. The duty of Dhamma studies therefore is a matter of choice. Its main advantage lies in the learner’s ability to disseminate the Buddha Dhamma for the benefit of others as well as to inspire them towards making personal effort to attain spiritual liberation.

In the Anguttara Nikaya and Theragatha commentaries, there is a story relating how Upali - after being ordained and receiving the subject of meditation from the Buddha – wishes to take leave from the Buddha to go into the forest. The Buddha then advises Upali:


"O bhikkhu, if you reside in the forest, you will be able to grow in just one duty (dhura), but staying in this vicinity, you will fulfil both duties of study (gantha-dhura) and insight cultivation (vipassana-dhura).
(AA 1:312; Thag A 2:101)

Given the situation today where Buddhism is misrepresented through false teachings and flagrant malpractices, this duty of study (gantha-dhura) is ever more essential. This is to ensure that the Buddha sasana stands firm for a long time to come. Only through true knowledge and correct understanding of the Dhamma can one inspire others to right practice and to eliminate misconceptions.

Compared with major Abrahamic faiths (such as Christianity and Islam) the state of Dhamma Studies in Buddhism is poor. Generally, most self-study initiatives or study groups are organized on an ad hoc basis, without a sustainable structure or a universal syllabus.

"Such sub-standard approach has resulted in low quality of Buddhist knowledge, misunderstanding of basic doctrines and a generally poor grasp about who and what the Buddha represents", he adds.

"Buddhist teachings have an elegant, structured nature. The Buddha was very methodical in his explanations," he emphasises. Kooi Fong says that the Buddha's teachings "fits like a textbook" and that "the ancient Nalanda scholars did it right".

"Because of their scholastic treatment of the Dhamma, various Buddhist schools grew out of them and in turn made Buddhism a global faith," he says.

Window of opportunity to rectify weaknesses

While organizing Dhamma studies in contemporary Buddhist centre settings have met many setbacks, the sudden onset of the global Covid-19 pandemic has offered an unexpected opportunity.

The “new normal” situation forced by the viral pandemic has enabled eLearning to take off. People now are more adept at using the computer to take courses. eLearning in education has also become commonplace in schools and colleges.

In view of this, the Buddhist Channel in collaboration with Bhante Sharvasti Dhammika, the well-known Australian based Buddhist monk, writer and teacher, has initiated "ABBi (pronounced as Abby) - All About Buddhism iLearning".

ABBi is a self paced, beginners to intermediate level guided Learning Management System (LMS). The ABBi LMS is hosted on a virtual cloud and needs only an online User ID and password to access. Learners access the system free of charge.

Although the first course to be hosted on ABBi is Bhante Dhammika's textbook "All ABout Buddhism", the system is actually open to any groups or Buddhist centres who wish to host their own courses online.

"There are many courses offered by various groups or Buddhist centres," explains Kooi Fong. "The problem is when the course leader moves on, the course usually ends with him/her," he adds. He also laments, "sustainability is an issue. There is simply no continuity or follow up."

With ABBi however, once the course leader/manager is done with leading the study session in person, they can then put it up online. With the course materials now available on ABBi, future learners can now benefit from taking the lessons at their own pace, and with added facilities such as personal progress monitoring, social network support and earning Open Badges upon the course completion.

"Just imagine the potential and the possibilities of having groups and Buddhist centres host various courses of their liking. The workload of preparing materials is now spread around, no longer dependent on any single group of people," envisions Kooi Fong.

Learners from anywhere will have the opportunity to choose and pick what courses they want to follow. With the ABBi guided system, they can monitor their personal progress which is automatically set by the LMS.

ABBi is envisioned to be a major "game changer for Buddhist Dhamma Study", as it is set to be a service provider for any groups or Buddhist centres who wish to promote their own learning programmes and to encourage groups to start their own Dhamma Study sessions.

For instance, a Tibetan study group may wish to put their Lamrin syllabus on ABBi. Or a Mahayana temple which actively gets students to recite various sutras may want to put up a quick course on the Lotus or Heart Sutras. And maybe that advanced Abhidhamma class, ever ably helmed by a senior monk, may want to use ABBi to set up its advanced learner programme.

The possibilities are indeed endless.

To have the above besome a reality, ABBi supports the following:
With regards to certification, upon the completion of any course, learners will obtain an "Open Badge" generated by the system. ABBi's Open Badge is a type of electronic certificate that is verifiable, portable and packed with information about the learner's attained skills and achievements.

Learners can then share their open badges with their friends and anyone who is interested in their attainment.

The Buddhist Channel founder believes that ABBi has the capability to reset the "Dhamma Study mindscape" and reinvigorate Dhamma Studies itself.

For one, ABBi is a natural fit for Buddhism's elegant structure. In the Anggutara Nikaya (A 3:184), the Buddha exhorts others to teach Dhamma, thinking, a) I will give instruction that is regulated and gradually advanced, b) I will instruct using reasoning, c) I will instruct out of kindliness, d) I will instruct not for worldly gain and e) I will instruct in a way which does not hurt myself nor others."

Ultimately, what ABBi hopes for is to establish a reasonable cluster of quality Dhammaduta learners. These are the heirs of Buddha's Dhamma, the torch bearers who will continue to spin the Dhamma wheel.

May the Buddha Sasana ever brightly shine through the efforts and discipline of these Dhamma heirs, Buddha's 21st century torch bearers.
TOP