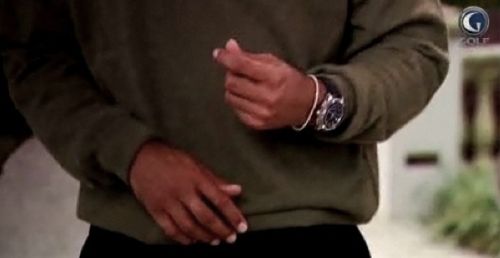 The billionaire athlete in his thirteen and half minute statement, his first public appearance since the unfortunate car crash outside his Florida mansion almost four months back setting off the sordid revelations about his illicit sexual affairs linking him to as many as eighteen mistress almost, not only apologized to his wife, family, friends and business associates for his appalling conduct but also vowed to go back to his Buddhist roots in an attempt to make redemption for his past transgressions and seek and attain salvation.

The ace golf champ who derived his Thai roots from his mother Kutilda Tida admitted in front of the press that his deviation from Buddhism led him to go astray.

The tarnished golfer repented that he “quit meditating” and “quit being a Buddhist” which caused his life to go “upside down” and vowed to wear the thin Buddhist bracelet, which he showed to Golf Channel viewers and said that the bracelet would continue to grace his hand when he makes his much-anticipated return to golf at the Masters next month (touted to be one of the greatest media spectacle in recent times.)