Meditation group is present, not tense

Hyannis, MA (USA) -- Those wishing to practice meditation with the Cape Sangha don't have to switch religions, pay dues or study esoteric teachings. But, then, the task before them is hard enough: setting aside a few moments to relax and enjoy the pleasure of their own breathing. 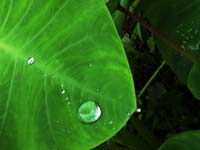 Of course, it's so much more than that, but that simple message seems to be at the core of a centuries-old practice which seeks to relieve the anxieties of everyday life with a heavy dose of the here and now.

Kershner, an experienced reporter and editor who currently teaches journalism and other courses at Cape Cod Community College, said "sangha" is a Sanskrit word which loosely translates as a group of friends who practice meditation. He founded the Cape Sangha in 1997 as a way to practice "mindfulness meditation," a particular form of meditation in the tradition of Thich Nhat Hanh, a Vietnamese monk, scholar and author.

Although donations are accepted, the sangha is free and open to the public. It meets 4:30 until 6 p.m. Sundays at the Old Barnstable Schoolhouse in Barnstable Village. While attendance ebbs and flows, a typical meeting will see a dozen or more people wishing to practice meditation as a shared experience.

Meetings begin with a short period of introduction and conversation followed by "a weather report" in which individuals reflect on the previous week and their general emotional state.

The group then ends with another period of sitting meditation.

Kershner defined meditation as "a technique for calming the mind" found in all religions and emphasized that Zen Buddhist meditation is a practice and not a religion. Borrowing an analogy from Thich Nhat Hanh, Kershner said that people didn't have to be Chinese to love Chinese food. He added that the Cape Sangha is home to people who practice religions like Christianity or Judaism as well as those who belong to no organized religion.

"Forgive yourself," said Kershner. "You can't beat yourself up just because you have an active mind."

Regardless of the various methods of meditation, the point is to find calm by focusing on what is actually happening, not on what has happened or what might happen.

"If you're bogged down with the regrets of the past or worries about the future, you're not present to enjoy the here and now," Kershner told fellow sangha members.

Zen is 'about everyday life'

Centerville's Jeff Eagle said he's been studying Thich Nhat Hanh for about 30 years but joined the group last year when he decided to "get serious" about the practice of Zen Buddhism.

"I just felt I was in the right place for me," said Eagle, who described the group sessions as "gentle and welcoming."

Echoing Kershner's comments, Eagle said he views Zen Buddhism as a practice regardless of one's personal religious background, which in Eagle's case is Judaism.

"The idea is that you take what you can from here if it helps," Eagle said.

Matthew O'Malley of Sandwich said he joined the sangha precisely because life is so busy. A carpenter, he said meditation allows him to be more present to the people and events around him.

"To me, Zen practice is about everyday life," said O'Malley. "It doesn't end when I get up off the cushion."

Ann Miller of Barnstable village said she has been attending the sangha for three years because it strengthens her commitment to meditation.

"If I didn't get together with a group, then my practice would fizzle out," said Miller. "This recharges my batteries."

For Kershner, who has studied meditation on and off since 1966, the practice offers a very ancient - about 2,500 years or so - and very practical way to deal with stress, a bugaboo which he dealt with decades ago by using drugs or alcohol. It also offers him the possibility of enjoying each day just a little more.

"I find that on the days that I meditate, I have a happier day," said Kershner.

For more information about the Cape Sangha, visit the group's Web site at www.capesangha.org or call Jim Kershner at 508-385-8296.