Buddhism adapts for a new audience

New York, USA -- Western spiritual seekers who have focused on meditation have fueled a remarkable growth in Buddhist practice in the United States. But what if you are part of an ancient Buddhist tradition that is huge in Asia but has failed to catch on in the United States in part because it has no real place for meditation? 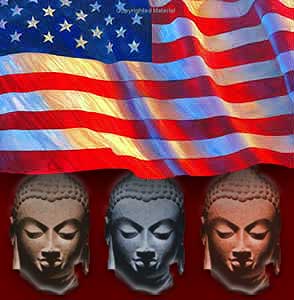 That is what the Rev. T. Kenjitsu Nakagaki of the New York Buddhist Church and some other leaders of the Buddhist Churches of America, one of the oldest Buddhist movements in the country, are doing.

The 65 temples across the country that make up the church network are part of a school of Buddhism known as Pure Land that is one of the most widespread in the world and was once a thriving part of the Japanese-American community. Over the last few decades, the movement has lost two-thirds of its U.S. members as a result of assimilation and the diminishing numbers of Japanese immigrants.

Spurred by a new reform-minded bishop, Koshin Ogui, a growing number of the movement's temples have abandoned their traditional lack of interest in meditation and are offering the practice as a way to survive by reaching out to non-Japanese adherents.

While Zen and Tibetan Buddhism -- the forms that have largely driven the religion's surge among Western practitioners -- focus on meditative practices as a way to achieve enlightenment, Shin Buddhism, the Pure Land school that the Buddhist Churches of America embraces, teaches that meditation is ultimately useless because of inherent human limitations.

But the Rev. Marvin Harada, of the Orange County Buddhist Church in Anaheim, Calif., who started a Sunday meditation service several years ago, sees an interim use -- to calm the mind so it can receive Buddhist teaching.

"It's really something that's needed in our modern lifestyle," he said. Because that lifestyle "is so hectic, so fast-paced, we have a shorter attention span."

"Shin Buddhism defines itself as a form of Buddhism that does not rely on meditation," said Matthew Weiner, a Buddhism analyst for the Interfaith Center of New York. "It's not just a stylistic difference. That's why this is so kind of radical, in a sense."

Only by renouncing all self-effort in attaining enlightenment and trusting in what Shin Buddhists call "Other Power," embodied in the form of the Amida Buddha revered by Shin adherents, can a believer attain birth in the transcendent realm of Pure Land.

That is a place, similar to the Christian concept of heaven, where nirvana can be achieved.

As a minister in Cleveland and Chicago, Ogui said, he began offering meditation several years ago because 60 percent of the people who called his temple were asking about it. Any venture that turns away that many potential customers, he said, is bound to close.

Clergy members "are supposed to respond to the needs of the people," he said. "Any program, including meditation, tai chi, yoga, anything which makes people feel comfortable, or willing to step into the temple, should be offered."