Louisville, KY (USA) -- In the late 1970s - long before Buddhism registered on the cultural radar of most Americans - Mary Catherine McCliment was taking every course she could in Tibetan studies at Indiana University from an exiled Tibetan monk. 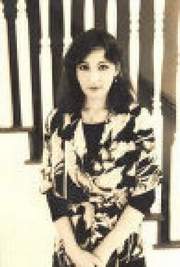 Soon she took formal vows as a Buddhist and in the past decade took a leading role in establishing a Tibetan Buddhist center in Louisville, with Tibetan monks in residence.

She sought to live out what her teacher at IU — Thubten J. Norbu, the late brother of the Dalai Lama — had inspired her to do: “Go and learn everything you possibly can about Tibet — its history, language, religion, culture — and go out and teach that.”

Tragically, McCliment’s life and work were suddenly cut short on March 11 in a fatal car accident on U.S. 31W in Elizabethtown. Military personnel who happened to be near the scene tried to revive her, but to no avail. McCliment, 53, a psychotherapist, had been on her way to work at the Lincoln Trail Behavioral Health System.

She leaves her husband, Terry Head, and 9-year-old daughter, Miranda.

“She was a lovely, goodhearted person who had a real passion about Tibetan Buddhism,” said Anne Walter, president of the Drepung Gomang Institute, which McCliment helped organize in 2001. “Without her, I don’t know that it would have happened here.”

The institute, based in the Highlands, is now the permanent home of two Tibetan monks who lead meditation and education sessions. Though less involved in recent years as she developed her clinical practice, she was gratified to see the institute get established.

“She was always involved in not just getting (the monks) here but making sure their needs were met,” recalled Terry Taylor, director of the group Interfaith Paths to Peace. “She will be greatly missed.”

I spoke with McCliment periodically over the years, most recently in 2009 for a story on the challenges of raising Buddhists in America.

As background, she told of her introduction to Buddhism at IU. She recalled taking classes “at 8 o’clock in the morning on the 4th floor of Lindley Hall,” when there might be as few as two students — in contrast to the much wider interest in Tibetan Buddhism of later decades.

She balanced her understanding of Buddhism between the more poetic Tibetan traditions and her doctoral research in counseling psychology at the University of Louisville. “I’m lucky because I know both sides of it, and it works really well for me,” she said.

She noted the growing use of “mindfulness” meditation techniques for people in therapy.

“I definitely encourage people to encourage their spirituality, whatever it may be,” she said. “In my practice, I ask people when they’re in trouble, ‘Do you have a spirituality, and can you go there, and can it help you?’ Spirituality is a very good psychological intervention.”

She noted that children may have trouble grasping the complex philosophy of Buddhism, but “most kids can understand empathy and compassion, and really that’s the essence of it all. They start to feel good about treating animals nicely, or … trying to help somebody who’s sick.”

She said she encouraged her daughter to pursue “the path of enlightenment” but did not compel her to attend meditation sessions.

“To me, that’s the only way anyone will get anywhere is that they make that choice,” she said. “It’s important to me to pass on whatever knowledge I have to the next generation.”