An Open Letter to the American Buddhist Community

Pennsdale, PN (USA) -- Mount Equity Zendo (http://www.mtequity.org/) is located in the small rural village of Pennsdale in central Pennsylvania, twenty minutes from Williamsport, now called the “Dallas of the north,” the hub of the state’s natural gas fracking industry about 2 hours north of Harrisburg and 3 hours west of Philadelphia.  The Abbess, Rev. Dai-En Bennage, trained over fifteen years in Japan at various monasteries before founding Mount Equity Zendo, near her native home of Lewisburg.  Fifty members come from 2 to 4 hours away to attend monthly sesshins or other practice events at Mt. Equity. 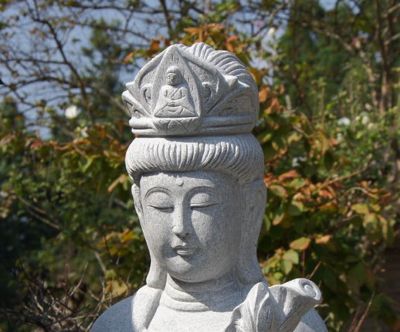 Mount Equity Zendo is included in the serious threat from the slick water hydraulic fracturing process, known as “fracking,” in the Marcellus Shale.  This very deep deposit of rock spans several states, including New York, Pennsylvania, Ohio, and West Virginia.  Marcellus Shale contains the largest deposit of natural gas in the United States, an estimated 500 trillion cubic feet, the equivalent of 80 billion barrels of oil.  Averaging a mile below the earth’s surface and below the water table, it is now being mined due to new technology that allows fracking, to political pressures to develop our native natural resources, and to diminishing oil supplies.

Slick water hydrofracking was developed by Halliburton and others, and requires up to 9 million gallons of fresh water per well.  This water is mixed with dangerous chemicals including benzene, biocides, and hydrochloric acid, which make it “slick” so as to dissolve shale and release natural gas to the surface.  Each well is bored deep into the earth, then turned 90 degrees boring into the shale, often with several horizontal wells spurring off each vertical well.  Slick water is then forced at high speeds down into the well to release the gas.  Less than a third of the water returns to the surface with the natural gas and other toxins, including NORM, or naturally occurring radioactive materials.  This contaminated water can be re-used in other wells, but more often is stored in an effluent pit, or treated and simply dumped into the river, or turned into cakes shipped out of state.

Hydrofracking is an extremely dangerous procedure for many reasons both seen and unseen.  Mt. Equity Zendo members have witnessed many effects in their region.  The most obvious though superficial impact is the extensive increase in dirty air and truck traffic.  The temple is less than a mile from a major route where water and gas is carried.  Gas-related trucks comprise over 80% of the local traffic.  With the increase of noisy truck traffic, 24 hours a day, also come toxic spills and overturned trucks.  Last year a geologist who was working for a gas company joined for zazen at Mt. Equity.  He’d been fired because he complained to his boss about the inhumane working conditions.  Gas jobs are 12-hour workdays: 4am to 4pm, or 4pm to 4am.  He came to the Zendo burnt out after less than six months on the job.

They had often called him in the middle of the night to help clean up “hazmat” spills.What goes unseen is legal dumping of treated slick water into the nearby Susquehanna River and forested areas.  When Dick Cheney of Halliburton was in office he facilitated the passing of laws that exempted the oil and gas industries from the Clean Air and Water Act.  Local consequences of this include sightings of diseased, spotted fish, and of a purple squirrel, the purple fur probably from drinking the chemicals and brine in the fracking effluent pits.  Also many dead deer and geese are seen in and around these pits.  Some pits have fences around them, but this does not prevent geese from entering.  Because the gas industry did not account for the amount of rainfall in the area, the fluids in the pits overflow, contaminating the ground and river, poisoning grazing lands and crops.

Natural gas is purported to be “clean” energy, but it certainly is not.  In the gas refining process many greenhouse gases including methane are released into the atmosphere, leading to concern for air quality.  Just north in the small town of Dimock cases have been reported of gas contaminating well water, making it undrinkable and even flammable.  The gas companies often do not take responsibility, claiming the well water was always like that.  Recently gas companies claimed that a year after contamination the water is safe, with no more need for them to distribute bottled water.  People on wells like Mt. Equity have been encouraged to have their well water tested every few months to ensure it remains safe to drink.

Mt. Equity Zendo Abbess Dai-en Bennage and her Dharma successor, Rev. Daishin Eric McCabe, are witnessing the contamination of their river, wells, land, and air, along with the tearing apart of communities and people’s lives.  Now their zendo itself is in peril, as their next-door neighbor leased his field, right over their well water, to a gas drilling company.  The Mt. Equity Zendo sangha has actively reached out to aid displaced people, such as residents at a nearby mobile home community where many had lived for thirty years before the owner sold the land to a water company.

Mt. Equity members have worked with the local Interfaith Sacred Earth Coalition and others to organize opposition to the fracking.  Inspired by the Thai monk who ordained old-growth trees to protect them from loggers, Dai-en considered ordaining the nearby, endangered Susquehanna River, the longest river east of the Mississippi.  But since local people might not understand the ordination, instead Rev. Bennage organized an interfaith Flowers on the Water ceremony for blessing the river in May, 2011.  This year many groups have performed similar ceremonies.

For those who want to help, Mt. Equity Zendo is not asking for personal aid for themselves, but for assistance for their endangered surrounding community.  The most effective place in the region to send donations to increase public awareness about fracking is the Responsible Drilling Alliance [http://www.responsibledrillingalliance.org/], a fine informational resource.  Buddhists are also encouraged to contact Mt. Equity Zendo’s national representatives in support of the area’s environment so these representatives know that people outside are watching.  Please contact:

For more information or to express support, contact Dai-en or Daishin at [www.mtequity.org/].

In addition, the under-signed ask Buddhists to be more active in helping local communities understand the Buddhist perspective of life, that we are all interconnected with all beings, including animals, plants, water, and minerals, and that our acts have consequences.  Buddhists can present a stronger voice in the larger community, as well as in our sanghas.  Many environmental organizations, social activist groups, and Christian ministers are eager to dialogue with serious Buddhist practitioners.  Fracking is happening in many parts of the country, including California, although state legislators there do not even know where it is occurring.

People need to collectively speak out in an organized way about the ethical implications of natural gas development.  As Buddhists we have a unique perspective toward the Earth and a responsibility to share what we know through compassionate dialogue.