CHICAGO, USA -- The Sakyong Jamgon Mipham Rinpoche, a recognized global leader in peace initiatives and the highest leader of Shambhala, kicks off his four-city international speaking tour with a weekend-long conference in Chicago,Imagining Peace, hosted by The Shambhala Meditation Center of Chicago, focused on identifying ways to foster peace at individual, community and societal levels. 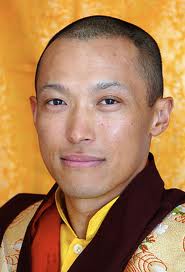 The Imagining Peace Conference will be held from Friday, April 26th through Sunday, April 28th, 2013, and will open with a talk from the Sakyong at Rockefeller Chapel at the University of Chicago, followed by Saturday's featured program, a Youth Congress on Peace, at Malcolm X City College and conclude on Sunday with the Sakyong's discussion on Peace Practices at Malcolm X City College.

Mayor Rahm Emanuel and Cook County Board President Toni Preckwinkle will serve as Honorary Co-Chairs of the Imagining Peace Conference and Saturday's featured program, a Youth Congress on Peace, to engage a broad community of youth, community members, advocacy groups, civic and community leaders in dialogue to envision peace for our streets, schools, neighborhoods, communities, cities and regions.

"The goal of the Imagining Peace Conference and the Sakyong's world tour is to facilitate contemplation on the Shambhala belief in the inherent goodness of all beings and to use this principle to guide dialogue on how we, as individuals, communities and as a society, can create peaceful practices to address societal challenges, such as violence, and youth violence in particular," said Tom Adducci, Executive Director, Shambhala Meditation Center of Chicago.

"By applying this principle, we can impart a socially transformative culture and practice that can strengthen our communities and bring about the best in human society."

The Imagining Peace Conference is the Sakyong's first stop on his Creating an Enlightened Society world tour with programs sponsored by Shambhala centers in four cities including Chicago, London, New York and San Francisco.

The conference provides an opportunity for the Sakyong Mipham Rinpoche, head of the Shambhala Buddhist lineage and spiritual director of Shambhala, to share his teachings on the principles of Shambhala and engage the community in dialogue about applying these principals in social action and cultural practices.