Buddhist philosophy and practice is incorporated into psychotherapty by Dr. Loizzo

New York, USA -- In the practice and study of Buddhism, non-duality or wholeness is a binding philosophy and critical to achieving enlightenment. All beings are equal in wanting happiness and not wanting pain; therefore one should protect others as one protects the self. This is called “the exchange of self for others,” or mindfullness. 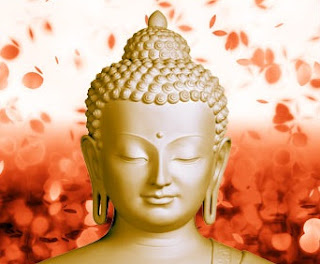 Joseph Loizzo, founder and director of The Nalanda Institute for Contemplative Science, has written a book called Sustainable Happiness in which he shares decades of research and clinical practice using traditional psychoanalysis, neuroscience and Buddhism in the practice of achieving wholeness.

“The main problem in our human condition has to do with the fact that our natures were adapted for life in the wild, and that because of civilization, we are living in very unnatural conditions,” says Loizzo, who believes this is the primary source of stress for most people. "The stress instincts are what prepare us to fight or fly or freeze sometimes in dangerous situations. But since civilization began to sort of take over our whole lives, these stress reactions are a less and less useful part of our makeup,” according to an interview with Voice of America.

Controlling involuntary responses in stressful situations result in shortness of breath, sweating, and adrenaline surges alerting the body it is in possible danger.

“And because really what is challenging us is not a predator, but is another human being," he says, "whom we need to cooperate with and we need to negotiate with, essentially we become maladapted.”

Buddhist practices and philosophy have long been used for conflict resolution. Dr. Loizzo says by incorporating Buddhist techniques into his medical practice using meditation and breathing techniques, one can re-train the brain to control the body responses to reduce the stress which can lead to depression, chronic anxiety, hypertension and heart disease.

“The idea is that if you’re mindful, you are able to assess things more clearly, and you are able to catch the misperceptions and over-reactions as they occur and opt out of them and choose the alternative [and] to see what is happening to you. Meditation becomes sort of a teachable simple pragmatic system for strengthening the parts of our mind and our brain that we need to be healthy and happy.”

Australian aborigines have practiced story-telling for centuries. An adolescent experiences a rite of passage in which they create their own story by going on a “walkabout.” In this practice they trace the paths, or "songlines", that their ancestors took, and imitate, in a fashion, their heroic deeds in order to build their own life rooted in tradition.

Personal story-telling is also one of the techniques Dr. Loizzo encourages. “That’s the way our minds work. Our minds produce stories and images. And so some of the skills we teach have to do with learning to tell ourselves more constructive stories that empower us and help us to build the life that we really want to live - not the one we are trying to survive, or are afraid of being stuck in forever.”

Such methods have been life-changing for many of Loizzo’s patients.

Depression was a major problem for me," says one patient. "And through Dr. Loizzo’s support and our interaction I’ve been able to connect myself with other people and develop a network of people who support me in more meaningful relationships, things like that. It’s been a revolution in my life the way I think about myself and think about the world. I feel like I still have a long way to go but I’ve come a long way.”

Mindfulness techniques have been effective in other settings. For example, breast cancer patients whose disease has gone into remission often report PTSD-like symptoms long after treatment ends. Western medicine offers little to ease the continued fear and anxiety.

For a pilot study, Loizzo taught 60 women in a 20-week course that included meditation instruction and group discussions. Afterwards, most reported feeling less anxious and more hopeful about their lives. "Apart from curing and treating the disease, it’s important that we improve people’s quality of life.”

Combining Western psychotherapy with Eastern philosophy is the basis for Dr. Loizzo’s book and the direction of his practice.

Like the Australian Aborigines who, by singing the songs they created in walkabout, could navigate vast distances through the deserts of Australia's interior, Loizzo’s patients are learning to navigate or “walkabout” in their own lives through meditation and creating constructive stories to empower them through daily living as well as in crises.