San Francisco, CA (USA) -- Buddhists are known for promoting a philosophy of nonviolence, compassion and interconnection of all beings. According to provocative new research, simply being exposed to Buddhist terminology may be enough to activate tolerance and compassion among both Buddhists and non-Buddhists. 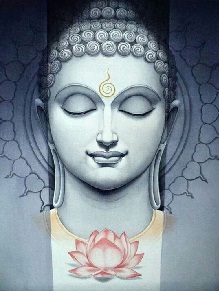 Researchers from Stanford University, along with scientists from Belgium and Taiwan, found that exposing people of different spiritual backgrounds to Buddhist concepts was effective in not only undercutting prejudice but also in promoting prosociality, which includes having a sense of responsibility for others, feelings of compassion and empathy.

The study, which was published in the April issue of the journal Personality and Social Psychology Bulletin, illustrates a phenomenon known as priming. Priming occurs when people are exposed to certain words or images (in this case, Buddhist words) that then subconsciously influence their thinking or behavior.

For the experiment, 355 total study participants were divided based on their backgrounds: Western Christians, Westerners who practiced Buddhism and Taiwanese with a Buddhist/Taoist background. These three groups were broken down even further, with some participants being primed with religious words and others being exposed to nonreligious, yet still positive, words (e.g., "flower," "sun," "freedom"). After this priming, participants took tests designed to reveal any prejudices they may have against different ethnic or religious groups.

Prosocial behaviors are generally in line with the core values of Buddhism, including tolerance of different ways of thinking, universality and interconnection.

However, the researchers don't mean to suggest that Buddhism is "better" than any other religion.

"What we really want to argue is that Buddhist concepts are associated with tolerance, across cultural groups," Magalli Clobert, a post-doctoral student at Stanford and one of the study's authors, told The Huffington Post. "It means that, at least in people's mind, there is a positive vision of Buddhism as a religion of tolerance and compassion."