Neuroscience backs up the Buddhist belief that the self isnt constant, but ever-changing

While you may not remember life as a toddler, you most likely believe that your selfhood then - your essential being - was intrinsically the same as it is today.

Vancouver, BC (Canada) -- Buddhists, though, suggest that this is just an illusion - a philosophy that’s increasingly supported by scientific research. 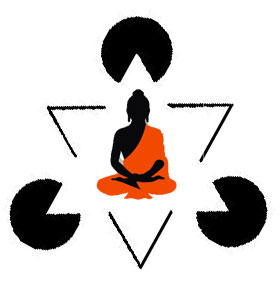 “Buddhists argue that nothing is constant, everything changes through time, you have a constantly changing stream of consciousness,” Evan Thompson, a philosophy of mind professor at the University of British Columbia, tells Quartz. “And from a neuroscience perspective, the brain and body is constantly in flux. There’s nothing that corresponds to the sense that there’s an unchanging self.”

Neuroscience and Buddhism came to these ideas independently, but some scientific researchers have recently started to reference and draw on the Eastern religion in their work - and have come to accept theories that were first posited by Buddhist monks thousands of years ago.

One neuroscience paper, published in Trends in Cognitive Sciences in July, links the Buddhist belief that our self is ever-changing to physical areas of the brain. There’s scientific evidence that “self-processing in the brain is not instantiated in a particular region or network, but rather extends to a broad range of fluctuating neural processes that do not appear to be self specific,” write the authors.

Thompson, whose work includes studies of cognitive science, phenomenology and Buddhist philosophy, says this is not the only area where neuroscience and Buddhism converge. For example, some neuroscientists now believe that cognitive faculties are not fixed but can be trained through meditation. And there may be scientific backing to the Buddhist belief that consciousness extends into deep sleep.

“The standard neuroscience view is that deep sleep is a blackout state where consciousness disappears,” Thompson says. “In Indian philosophy we see some theorists argue that there’s a subtle awareness that continues to be present in dreamless sleep, there’s just a lack of ability to consolidate that in a moment-to-moment way in memory.”

Studies of meditators’ sleep patterns suggest this might indeed be the case. A study published in 2013 found that meditation can affect electro-physical brain patterns during sleep, and the findings suggest there could be capacity to “process information and maintain some level of awareness, even during a state when usually these cognitive functions are greatly impaired,” according to the researchers.

But neither neuroscience nor Buddhism has a definitive answer on exactly how consciousness relates to the brain. And the two fields diverge on certain aspects of the topic. Buddhists believe that there’s some form of consciousness that’s not dependent on the physical body, while neuroscientists (and Thompson), disagree.
But Thompson supports the Buddhists’ view that the self does in fact exist.

“In neuroscience, you’ll often come across people who say the self is an illusion created by the brain. My view is that the brain and the body work together in the context of our physical environment to create a sense of self. And it’s misguided to say that just because it’s a construction, it’s an illusion.”

-----------
This piece was originally appeared in Quartz (qz.com). See http://qz.com/506229/neuroscience-backs-up-the-buddhist-belief-that-the-self-isnt-constant-but-ever-changing/