What Are You Practising Mindfulness For?

Singapore -- In recent years, cultivation of mindfulness has become all the craze, portrayed as an indispensable life skill. Of course, as the Buddha put it, mindfulness is ever useful, crucial for leading a happy and fulfilling life. With the market now saturated with many workshops and even retreats of sorts, advertised to impart mindfulness, is it ‘the more the merrier’? 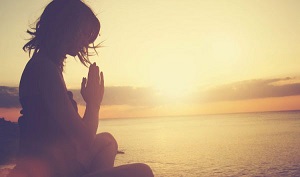 There are some serious concerns to note.

First things first… No one should forget the original source and purpose of mindfulness teachings. When we study the Buddha’s teachings, it should be clear that historically, Sakyamuni Buddha, being the fully awakened one, is the founding and key teacher of mindfulness.

Even though there are various others who did teach mindfulness of some kind to some extent, there has never been a teacher like the Buddha, who proposed all to perfect mindfulness as he did, with pathways ultimately leading towards the complete enlightenment of Buddhahood.

Thus, the Buddha never intended mindfulness-training to be trivialised, merely for fulfilling worldly goals, such as being more mindful for advancing one’s studies, career, finances, romances… It is not that these aspects of life are inappropriate for mindfulness application, since we ought to be mindful in all we are involved in.

The issue isover-secularisation of mindfulness, that makes it so wholly worldly, that it neglects nobler goals. While mindfulness is for all, it is meant to be delivered in specific spiritual ways. Yet, more are advocating that religion be kept out of it.

Those who teach mindfulness commercially without Buddhism probably lack adequate respect and gratitude to the Buddha. If so, they are unlikely to show the clear links of mindfulness to its actual goal.

Labels are thus important. Just as you would want to know the origin of the food you physically eat and its optimum effects, you ought to know where what you spiritually ingest comes from and leads to. (The egoless Buddha will of course not be offended when his namesake is amiss.)

To worsen matters, mere mindfulness trained can be a double-edged sword. Even a thief appreciates greater mindfulness for his criminal acts, so as to not get caught, and to steal more effectively. However, this is wrong; not Right Mindfulness.

The dimension of morality as foundation thus bears great importance in getting and using mindfulness right. Within the structured Noble Eightfold Path to liberation, also called the Threefold Training, step one of cultivation is in Moral Conduct, via understanding and commitment to at least the Five Precepts, before moving up to step two of Mental Development, which is when mindfulness is also trained, before moving finally to step three to realise Wisdom.

Note that the precepts have detailed guidelines to measure right versus wrong too.Secularisation of mindfulness-training, that treats it as an independent strand of teaching instead of being interconnected to the big picture of spirituality thus ‘trains’ practitioners for anything except liberation! Even getting a ‘better’ mundane life for a while is to stay stuck in rebirth.

What mindfulness do you practise,
if you even neglect who taught it
and why it was taught?

Your ego can be inflated by ‘self-improvement’.
Your ego will be deflated by realisation of non-self.