How to tell children 'properly' that they are dying

Bangkok, Thailand -- Proper communication with children in the final stages of a terminal illness is essential to help them cope with death and prevent them from dying prematurely as a result of emotional anguish, a recent seminar was told. 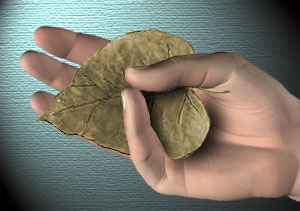 "The objective of proper communication is to enable young patients to handle their coming death and to help make their remaining time as happy as possible," said Aphaphiwan Nittayaram-phong, a volunteer with the Phutthika Network - a group that works with terminally ill children using Buddhism-based teachings.

Telling children older than eight that they will die is the most difficult thing for doctors and parents, Aphaphiwan said.

"By the age of eight, children have come to realise the meaning of death, but those under eight tend to not realise what death actually means.

"Even in young children, direct explanation of death should be avoided, and instead be replaced by a metaphor to simplify the term. For example, we may use a toy car and ask a child what would happen if the car was broken and could no longer run," she said.

For children from Thai Buddhist families, the image of the Lord Buddha, with which they are familiar, can be used to build their trust in him while reducing their possible fear for death.

"The term 'God' needs to be explained to children in a positive way. We may say that God is a kind man who loves you very much and will embrace you when you are with him," she said. The Phutthika Net-work, which hosted the seminar, is part of the Society and Health Institute, a public organisation that handles family matters and social issues using Buddhist teachings.

Aphaphiwan uses pizza with spinach topping as a metaphor for teaching parents who have children with terminal illnesses. "In my metaphor, the pizza guy is like a messenger, the pizza box must look good to convince children to eat what's inside despite the bitter taste of the spinach.

"The pizza must still be hot when delivered, meaning the timing must be right to explain death. Closeness between the pizza guy and the children is needed to build trust, and the language must be simple and clear enough for children to understand what will happen to them," she said.

Aphaphiwan said the word "death" should be avoided because it could hurt and scare young patients. "But children need to be reminded constantly of what will happen through casual and easy-going discussions," she said.