Cardiff, UK -- The world’s chief exponent of the theory that tells life began in deep space and reached earth riding on comets said the philosophical backdrop for his theory was provided by Buddhism. 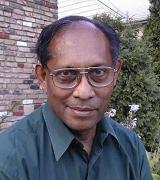 “In the 1970’s it was generally believed that the Earth must be the centre of life in the whole universe, an antithesis of Buddhist cosmology of course,” said the Cardiff University Mathematician and Astronomer Professor Chandra Wickramasinghe in an interview with this writer.

“It became amply clear to me that Buddhist cosmology was incredibly modern in its outlook, even perhaps post-modern. According to Buddhist texts, life is prevalent across the universe and life is not confined to Earth. Buddhism talks about a multitude of planetary systems and an infinity of “inhabited worlds”. In common with Hindu and Vedic ideas, Buddhism holds that life is a truly cosmic phenomenon,” the reputed astronomer added.

“It is remarkable that the scientific position concerning life that has emerged from my work over the past 3 decades turned out to be fully consonant with this point of view” he said.

Commenting on the discovery of planets around sun like other stars Professor Wickramasinghe said there is nothing special at all about our own planetary system. At a guess he would say that about one in 100 stars like the sun would have a planet like the Earth which is hospitable to life.

With a 100 billion sun-like stars in the Galaxy, this gives total of a billion copies of Earth, all abundantly populated with life. If intelligence is a product of a convergent process of evolution everywhere, intelligent life will also be widespread. The Universe would then teem with intelligent life, he speculated.