A Doctors view on Past Life Regression (PLR) therapy 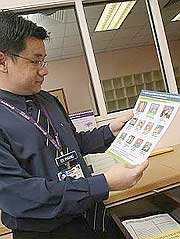 “There are plenty of personal opinions and case reports, but these are not considered strong scientific evidence,” he says, adding that many of the so-called memories of past lives are akin to fantasy-like dreams.

“False Memory Syndrome is a recognised phenomenon. And it may give rise to more conflicts, for example, what if you remember that your current spouse betrayed you or killed you in a previous life? Some people can’t take it and may end up more distressed,” he points out.

So far, he has only come across very few scientific studies on the outcome of PLR therapy, and for him, that’s not good enough.

“In talks, workshops, and books, of course only people who have benefited will be highlighted. I have seen some with no change or who became worse.”

Dr Phang is careful to distinguish between PLR therapy, which involves an “altered state of mind” (usually hypnosis) and spontaneous “past life experiences” (PLE), especially of children, which occur in “a relatively normal state of mind”.

He says that studies on children’s PLEs so far offer “the best scientific evidence” to support the idea of reincarnation and rebirth, whereas the PLEs of adults are relatively questionable because “memory can be easily conditioned, as shown in many scientific studies”.

Venerable Kumara, a Malaysian Buddhist monk at the Sasanarakkha Buddhist Sanctuary in Taiping, Perak, has discussed these issues with Dr Phang before and responds, “Is love evidence-based? Is it safe to love? Should we relate to others with more evidence-based methods first?”

Dr Phang is also concerned that some PLR therapists are not properly trained as mental health professionals, and may not be able to pick up neuro-psychiatric disorders that may mimic PLE. For example, temporal lobe epilepsy can cause feelings of deja vu.

However, he concedes that such misdiagnosis would be less likely with figures such as the psychiatrist Dr Brian Weiss (mentioned in Experts who believe, opposite).

While admitting that PLR therapy is gaining popularity in Malaysia lately, especially in local Buddhist circles, Dr Phang cautions that some people with psychological problems may “compulsively dwell on past life issues instead of working on the current life problem, which is the actual ‘diagnosis’.”

Dr Phang says that, as a mental health professional, he would give his patients other “better scientifically proven” options. Nevertheless, he does not want to discourage people from seeking PLR therapy, and admits that it “may be helpful for certain people”.

“It’s up to my patients to decide,” he says. “But we should not be deluded that PLR is a miraculous cure for all of life’s difficulties.

“A balanced perspective is important to avoid abuse of PLR therapy and to allow it to be scientifically studied for potential benefits.

“I’m still reading about and experimenting with it with an open-mind.”

---------
Dr Phang Cheng Kar’s blog on past life experiences, positive psychology, Buddhism, and happiness is at www.pckar.blogspot.com. He, Venerable Kumara, and Selina Chew will be speaking at the Closer-to-Reality Buddhist Conference about ‘Understanding Death and Beyond’. The conference will be held on Dec 27-29 in Kuala Lumpur. For details, go to www.c2rc.org.