Thinking yourself out of a depression

Dublin, Ireland -- THAT'S MEN: RUMINATION IS ruination, one of my teachers used to say. He thought it a very clever remark and he was right. 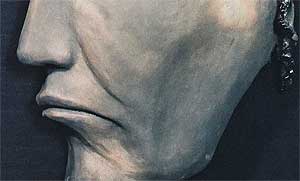 Rumination, or brooding, is a feature of depression. If you ruminate for long enough on things that are sad or upsetting, you have a good chance of thinking yourself into the blues or of prolonging the blues if you already have them.

The psychologist and writer David Reynolds, whose Constructive Living theory fuses eastern and western approaches, once decided to see if he could think himself into a depression. By sitting for days doing very little and thinking and thinking about negative matters, he found himself in quite a deep depression that took him some work to get out of.

Some psychologists suggest that depression is more common in women because they are more likely than men to ruminate on their troubles. But I have come across men who ruminate on their worries and failings or on the failings of the world to an excessive extent. This behaviour keeps them in a constant state of depression, anxiety or anger.

When men ruminate to that extent it can be very difficult, if not impossible, to get them out of it – it’s as though they are addicted to brooding on negative thoughts.

Later on I’ll mention a simple meditation technique that can help to break a cycle of ruminating.

At the present time, as you can imagine, it is very easy indeed to brood on frightening possibilities. Such brooding can only have the effect of paralysing you with worry or with depression.

Some anxiety acts as a spur to action. But deep brooding simply takes away the experience of the moment for the sake of a future that you might be better off planning for than agonising about.

Rumination also has a sometimes-devastating role in anger. A verse in Juan Mascaró’s 1973 translation of the Buddhist classic The Dhammapada goes “‘He insulted me, he hurt me, he defeated me, he robbed me.’ Those who think such thoughts will not be free from hate.”

This is demonstrated in acts of violence such as one neighbour killing another, perhaps in a boundary dispute that the killer has been ruminating over for years.

The same is true of road rage. Very often the person who attacks another driver turns out to have been angry and brooding before he got behind the wheel. The victim, who may or may not have done something to offend but who doesn’t deserve to be physically attacked, pays the price. But so does the attacker, whose life might also never be the same again.

Most futile of all is brooding on issues that cannot be changed, such as an injustice done in the past. In brooding on such things, you can easily think your way into depression, into bad relationships or into an addiction.

If you spot yourself ruminating, one old meditation technique might help get you out of it. This is to name what you are doing. The technique is used in meditation to help bring the mind back to the breath or to whatever the object of meditation may be.

But this is not just a technique for meditators: use it whenever you find yourself ruminating.

Why should it work? It works by giving you a certain detachment from what is going on in your head. If you are naming what you are doing you are no longer hooked into it and you have a better chance of getting free from it.

Recent research has found that naming an emotion tends to dampen down that emotion by activating another area of the brain – so the centuries-old meditation technique now has a bit of science behind it.

Try this out, saying the word “angry”, “sad”, “scared” or whatever it may be to yourself, silently when you fall into rumination. I think you’ll feel a difference.