Ontario, Canada -- Many people interpreting Buddhism see it as one of the numerous philosophies and religions known from antiquity. Certainly Buddhism is a practical philosophy in the sense that prevails today. 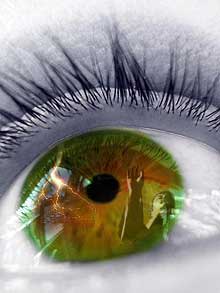 This philosophy sets up a system of vast psychotherapy. In that context the Lord Buddha was a unique psychotherapist. In general Psychotherapy means a treatment of emotional, behavioral, personality disorders based primarily upon verbal or nonverbal communication. The Buddha who was an inimitable healer helped a large number of people to overcome stress, emotional problems, and relationship problems through friendly mediation.

Dr Sigmund Freud introduced the Psychoanalytic therapy. Psychoanalytic treatment involves discussing past experiences and how these may have led to present situation and also how these past experiences may be affecting the life now. The understanding gained frees the person to make choices about what happens in the future. Psychoanalysis attempts to get to the root of the problem" by analyzing the transference relationship which develops between the therapist and patient.

Buddha did a complete form of analysis and found the route cause of affliction, then successfully treated the particular psychological ailment and brought complete mental release to the person. In this analysis he went up to past lives. Past life therapy also known as regression or resolution therapy allows individuals to complete traumatic and emotionally stimulated past experiences which on an unconscious level are unresolved.

Today PLT or Past Life Therapy is popular in the Western world and it allows the client to resolve past issues in a therapeutic setting using clinical methods. The most famous Western past life therapist was Edgar Cayce who gave over 14,000 "readings" during a period of 43 years. Edgar Cayce demonstrated the uncanny ability to put himself into some kind of self-induced sleep and he could respond to questions asked by his patients about their illnesses.

Cognitive Therapy based on gaining insight into unconscious emotions and drives mainly focusing on thoughts, assumptions and beliefs. Albert Ellis's Rational Emotive Therapy is an example of Cognitive therapy. Ellis considers strong emotions to result from an interaction between events in the environment and beliefs and expectations.

Buddhist point of view, suffering is not caused by external, traumatic events, but by qualities of mind which shape our perceptions and responses to events. These same words were repeated by the Psychologist Albert Ellis in 1953 when he introduced his action oriented therapeutic approach – Rational Emotive Therapy. According to Ellis not the event that causes psychological distress but the belief held by the client. He further argues that one's emotional distress is actually caused by one's catastrophic thinking in appraising stressful events. Ellis theories that unrealistic appraisals of stress are derived from irrational assumptions.

Psychiatrist Aaron T Beck - the developer of CBT or Cognitive Behavior Therapy emphasized the role of cognitive distortions in depression and anxiety. Cognitive Behavior Therapy (CBT) is one of the major orientations of psychotherapy and represents
a unique category of psychological intervention because it derives from cognitive and behavioral psychological models of human behavior.

Lord Buddha used numerous kinds of cognitive therapies. In the story of Kisagotami Buddha used a cognitive mode of action to give insight to a young mother who lost her little son. She was devastated with grief. She went to Buddha Carrying the dead body of her son and asked for medicine that would restore her dead son to life. The Buddha told her to get some mustard seeds from a house where there had been no death. Kisagotami went from house to house but she could not find a single house where death had not occurred. She gradually got the insight and the meaning of death. She realized death is a universal phenomenon.

Buddha often used Socratic Method to teach his doctrine. Socrates (470 399 BC) was a Greek philosopher who engaged in questioning of his students in an unending search for truth. He sought to get to the foundations of his students' and colleagues' views by asking continual questions until a contradiction was exposed, thus proving the fallacy of the initial assumption. This became known as the Socratic Method.

Patachara a young woman developed an acute stress reaction when she witnessed the death of her husband two children and the parents. She came to Buddha weeping and with utter confusion. After she became rational Buddha explained her true meaning of suffering and the nature of impermanence. The story of Patachara reveals an excellent case study of trauma counseling. Trauma counseling should offer practical help that works and should teach skills to manage flashbacks, painful memories and anxiety. Buddha used practically most of the above mentioned avenues to resolve the grief reaction of Patachara.

There are obvious similarities between the Buddha's empathically based attitude and Carl Roger's term empathy. Carl Rogers plays an important historical role in the development of Client Centered Therapy and he was one of the founders of the humanistic psychology movement. Like Carl Rogers Buddha accepted people with unconditional positive regard. Psychologists claim that living an authentic life is impossible without developing empathy. Empathy is a fundamental ability for being able to develop relationships with other people, and thus develop one's personality.

Buddha believed in human freedom. Rogers felt that it was irrelevant whether or not people really had free will. He further says we feel free when choices are available to us. Rogers pointed out that the fully-functioning person acknowledges that feeling of freedom, and takes responsibility for his choices. Buddha doesn't reject the human freedom with complete responsibility for one's action.

Robert Carkhuff -one of the pioneers in Client Centered Therapy studied and worked with Carl Rogers. He published his outstanding book Towards Effective Counseling and Psychotherapy in 1967. Robert Carkhuff introduced seven co conditions such as empathy, respect, concreteness, genuineness, self disclosure, confrontation and immediacy. In psychotherapy immediacy is a vital issue. The story of Rajjumala –a domestic servant who tried to commit suicide following the harassments caused by her mistress was saved by the Buddha. This is a fabulous example of suicide prevention counseling and Robert Carkhuff's seventh co condition "immediacy".

In the Buddha's teaching meditation has a special place. Meditation can be used for personal growth. Buddhist meditation is a process of mental clarification and geared to direct perception. The purpose of Buddhist meditation, therefore is to gain intellectual understanding of the universal truth. Buddhist Vipassana meditation gives realization of impermanence, suffering and non-self. The Mettha (loving-kindness) meditation helps to reduce anger and a perfect way to control aggressive feelings. Generally meditation helps to reduce stress and anxiety. Today many psychotherapeutic centers in the East and the West use meditation as a successful therapeutic mode.

Existential Psychotherapy is a form of psychotherapy which aims at enhancing self knowledge. In Buddha's teaching existentialism is widely described. Buddhism brings up questions about ethics and the nature of our existence. The goals of existential therapy are to enable people to become more truthful with themselves, to widen their perspective on themselves and the world around them , to find clarity on how to proceed in the future while taking lessons from the past and creating something valuable to live for in the present. Also it helps to explore the client's physical, social, psychological and spiritual dimensions.

The story of Mattakundali – a young boy who was terminally ill and suffered without any medical assistance due to his father's greediness died prematurely. After Mattakundali's death his father became extremely sad and used to go to the cemetery everyday and mourn. The meaning of death is revealed in Mattakundali Jathaka in an existential form. Finally Mattakundali's father's grief was resolved. This story can be interpreted as a good example of grief counseling.

Buddha was a unique psychotherapist. His therapeutic methods helped millions of people throughout the centuries. Today the Western world has realized the psychological essence of Buddhism. Many Psychotherapeutic systems in the West derived from Buddha's teaching. Buddha showed empathy and non judgmental acceptance to everyone who came to him. He helped people to gain insight and helped in growth promotion while eliminating troubling and painful emotions. His therapeutic methods are exceptional and can be applied for all time.