New Delhi, India -- Sticking to vegetables for five days a week can significantly reduce the body’s amount of antibiotics and phthalates – a common chemical added to plastics – says a new research. 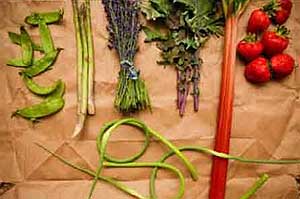 To come up with the conclusion, researchers in Korea quizzed participants to stay at a Buddhist temple for five days, during which time they ate a vegetarian diet.

The researchers analyzed urine samples before and after the stay, and found that levels of the chemicals dropped dramatically by the end of the experiment, reports Discovery News.

The boffins also measured the participants’ diets before the study and found that what they ate 48 hours prior to the study was related to the amount of the chemicals found in their urine.

"A significant correlation was found between food consumption and the urinary levels of several antibiotics and phthalates," they said. "Although the exposure to target compounds might be influenced by other behavioral patterns, these results suggest that even short-term changes in dietary behavior may significantly decrease inadvertent exposure to antibiotics and phthalates and hence may reduce oxidative stress levels."