Buddhism and freedom of speech

Bangkok, Thailand -- How to be truthful in a hostile environment? How to say things that need to be said to avoid coercion and violence from low tolerance of criticism? What should we respect more in an open society where different cultural norms often compete and clash - freedom of expression or cultural sensitivity? 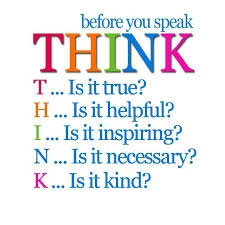 The senseless Paris attacks and the ensuing "Je suis Charlie" phenomenon have brought these questions to the fore. Many feel torn between modern values that liberate their individual self and traditions that give them a precious sense of identity and group belonging.

The dilemma is also real in Thailand. In a war to restore cultural and political identity and dignity, the Muslim insurgency in the deep South has claimed more than 6,000 lives in the past decade.

Meanwhile, serious abuse of the lese majeste law and harsh political persecution have created a chilling climate of fear that silences constructive criticism, and ends up hurting the international standing of the revered institution.

How to reconcile? How to protect what we deeply revere? How to react to what we see as a sacrilege without betraying our faiths? How to be truthful to ourselves?

Since Thailand is predominantly a Buddhist country, let me try answer those questions from a Buddhist approach.

In my view, if Thai Buddhists only truly observed the Buddha&rsquo;s teachings on Right Speech, they would find that the ancient wisdom still offers answers to modern-day angst.

According to the teachings, lies, half-truths, insults, even gossip are all a no-no. What we say must be the truth only, but being truthful alone is not enough.

Non-exploitation - both of others and ourselves - is a central Buddhist principle. Wrong speech is discouraged not only because it hurts other people, but also ourselves when we taint our souls with anger, hatred, greed and delusion.

How we express those truths are also important. Before we utter a word, we must be certain that it is beneficial, timely, with gentle words and goodwill.

Despite our best intentions, if what we want to say is useless, not going to bring any positive change, spoken at the wrong time and place, then we should wait, then find the right time and right way to speak the truth in order to enable change.

Under this guideline, hurtful words against what others love and revere is unacceptable. Meanwhile, hiding behind the "silence is golden" motto at all times is sheer cowardice.

A hard truth remains that we have no control over what others think, say, or do. But we have complete control over our action, or karma, which is primarily the reaction to external stimulation of our senses.

In Buddhism, dhamma practice is essentially a spiritual training so our reactions are not governed by either negative or positive emotions, but by equanimity that comes from the insight that all things are impermanent and illusory. That all of us &mdash; regardless of birth, rank, race, ethnicity, gender and beliefs - are the same in the samsara of suffering, thus all deserving our empathy and compassion.

As Buddhists, inculcating equanimity and tolerance should be what we strive to do when we face what upsets us. That applies to the lese majeste issue.

It is understandable that when our deep reverence makes the monarchy a system of faith, insulting what we hold sacred is considered sacrilege. We feel hurt and we want to hurt them back. The challenge is whether we can rein in our hatred and anger, as Buddhists should.

Since childhood, we are forced to recite the five precepts so that our life will be guided by wholesome deeds.

In the hierarchy of precepts we recite, "don't lie" or unwholesome speech comes after "don't kill", "don't steal", and "don't violate others' wives and daughters".

Based on the non-exploitation principle, the message is clear: Verbal violation is less serious than actual physical attacks and abuses. When Buddhism demands a reaction of tolerance and kindness, what we see from the lese majeste cases is severe physical punishment for words we dislike.

In an open society where competing values are tied with conflicting interests, cultural and religious sensitivities must be respected alongside freedom of expression to stem violent outbursts.

What if the sacrilege continues?

When the Buddha was faced with a storm of insults and lies to discredit him, he remained calm and returned them with kind words.

Admit this. The way our society handles the lese majeste sacrilege is not only un-Buddhist, or disproportional. It is plain cruel.