A Trump Presidency Need Not Be the End Times

San Francisco, CA (USA) -- It was with feelings of shock and dismay that early this morning I woke up to learn that Donald Trump had been elected president of the United States. 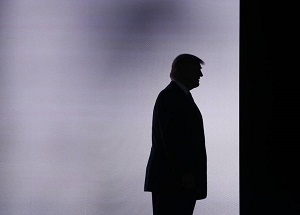 Although, as a monk, I do not endorse political candidates or align myself with political parties, I feel that as a human being inhabiting this fragile planet, I have an obligation to stand up for policies that promote economic and social justice, respect for the innate dignity of all human beings, and preservation of the earth’s delicate biosphere.

By the same token, I must oppose policies detrimental to these ideals. I see politics, not merely as a naked contest for power and domination, but as a stage where great ethical contests are being waged, contests that determine the destiny - for good or for ill - of everyone in this country and on this planet.

Trump’s presidential campaign challenged each of the ethical ideals I cherish, and if he acts upon his campaign pledges, his policies may entail misery for people in the United States and all across the world.

His campaign repeatedly demeaned people because of their ethnicity, religion, and national origins. He threatened to deny women their reproductive rights and access to critical healthcare. He said he would cut taxes on the rich, curtail essential social services for working families, and deport millions of undocumented immigrants.

He proposed to deal with crime by imposing “law and order,” a code expression affirming the harsh American system of mass incarceration, particularly of black males. Most alarmingly, he said he would promote an energy boom in fossil fuels - just at a time when we desperately need to be launching a renewable energy revolution.

If he actually acts on his words, carbon emissions will soar, climate change will spin out of control, and water and air will become terribly polluted. Huge swaths of the planet will be rendered barren, decimating ever more species and bringing disaster and death to hundreds of millions of people.

In the face of Trump’s victory, we are likely to feel dejected and demoralized, but this is exactly what we must resist. Yes, we should feel saddened. Yes, we should feel worried - very worried. We should feel moral outrage at what his victory portends. But we should not feel despondent and resign ourselves to a passive acquiescence in our fate.

We have to preserve hope. We have to arouse courage to withstand the tides of hatred, bigotry, and resentment that may be unleashed by a Trump administration. We need to resist the growing tide of fascism, in whatever guise it may appear, and to root out the lies and disinformation that nourish it. No matter how ominous the coming years may be, we must remain determined to preserve our democracy from being undermined from within and transformed into an autocratic plutocracy - government by the rich and privileged.

In my view, the struggle that lies ahead requires that those devoted to a progressive vision of American society transcend the particular interests of the groups with which they are personally aligned and form alliances to create a broad-based progressive movement rooted in a recognition of our shared values.

Whether one’s calling be with Black Lives Matter, with the living wage campaign, with women’s reproductive rights, with gender rights, with environmental and climate issues, with contemplative spirituality, or any other, we must come together under a common banner, recognizing that it is only by standing together in a unified front that we can prevail against the regressive forces that will be trying to destroy our noblest ideals and greatest democratic achievements.

While Trump’s victory probably stemmed largely from the support he gathered from white working class people whose jobs had been exported overseas through free trade agreements, it is far from certain that the policies he adopts will actually benefit these people. If he fails to meet their expectations, it is possible that white working class people, whether in the Rust Belt or the South, will come to see that their interests, too, align with those of other members of the “underclass.” This could result in the emergence of a stronger united front, one that brings together minorities and white working people in a common demand for a new moral economy, a social and economic order that works for everyone and enables everyone to flourish.

For the present, however, we have to be prepared to face dark times. To prevail against the darkness, we must hold fast to our cherished ideals of truth, love, compassion, and justice. We must also maintain the faith that, while ignorance and hatred may at times be dominant, through concerted action patiently pursued we can finally usher in an era of justice, love, and human unity.
TOP