It is important to free the world from a sense of manufactured despair, by remembering another 9/11 which took place 99 years ago 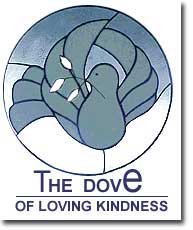 "That crystal blue morning," Craig R Whitney wrote in the introduction to The 9/11 Investigation (2004), "changed the world, shocking the United States into realising that it had been drawn into a global war with brutal suddenness."

The US attacked Afghanistan to root out the "Islamic fundamentalist Taliban regime", and then went into Iraq to depose Saddam Hussein, claiming that his regime possessed weapons of mass destruction, among other things.

The Taliban were ousted, Saddam Hussein arrested, and no weapons of mass destruction were found in Iraq. Yet "the larger war and the terrorist threat to the American homeland continued unabated".

In a way, all this is because at the time of the horrible attack the US was, and at present continues to be, "led by a president persuaded that the US had no choice but to strike at the terrorist evil before it struck again". (Whitney 2004: ix)

There are many ways to remember the deaths of the people killed on that fateful day - 9/11. They could be remembered together with the between 3,125 and 3,620 Afghan civilians killed in the first 10 months of the war in Afghanistan which began on Oct 7, 2001.

Or they could be remembered with the 2,083 soldiers from different countries, 1,887 of them Americans, who have sacrificed their lives in the Iraq war from March 2003 until Jan 31, 2005.

And they could also be remembered together with the 24,865 civilians who have died since the Iraq war began.

The other way to meaningfully remember the fates of those who have fallen victim to violence - civilians and soldiers alike - would be to refuse to be led by the desperate belief that the world had no choice but to sink deeper into the violent inferno in its attempt to put an end to violence.

To honour the memory of those who were killed on 9/11 - and because of 9/11 - it is important to free the world from a sense of manufactured despair by remembering another 9/11 which took place 99 years ago with an enormously powerful legacy that has changed the world through non-violence in the direction of furthering freedom.

On Aug 22, 1906, the Transvaal government in South Africa under the British Empire gave notice of a new legislation requiring all Indians, Arabs and Turks to register with the government.

Fingerprints and identification marks on the person's body were to be recorded in order to obtain a certificate of registration. Those who failed to register could be fined, sent to prison or deported. Even children had to be brought to the Registrar for their fingerprint impressions.

At the time, there were less than 100,000 Indians in South Africa. In Transvaal, there was an Indian lawyer working with a Muslim company. His name was Mohandas Karamchand Gandhi.

On Sept 11, 1906, Gandhi called a mass meeting of some 3,000 Transvaal Indians to find ways to resist the Registration Act. He felt the Act was the embodiment of "hatred of Indians" which, if accepted, would "spell absolute ruin for the Indians in South Africa", and therefore resisting it was a "question of life and death".

Among these 3,000 people attending the meeting was one Sheth Haji Habib, an old Muslim resident of South Africa. Deeply moved after listening to Gandhi's speech, Sheth Habib said to the congregation that the Indians had to pass this resolution with God as witness and could never yield a cowardly submission to such a degrading legislation.

Gandhi wrote in his Satyagraha in Africa (1928), that "he then went on solemnly to declare in the name of God that he would never submit to that law and advised all present to do likewise". Though Sheth Habib was known to be a man of temper, his action on Sept 11 was significant because of his decision to act in defiance of an unjust law and willingness to suffer the consequences in a spiritually-endowed fight for justice in the name of God.

Gandhi was taken aback by the Muslim's suggestion. He wrote, "I did not come to the meeting with a view to getting the resolution passed in that manner, which redounds to the credit of Sheth Haji Habib as well as it lays a burden of responsibility upon him. I tender my congratulations to him. I deeply appreciate his suggestion, but if you adopt it you too will share his responsibility."

On that day, Sept 11, 1906, in South Africa, the Indian non-violent movement was born. Gandhi later called his Indian movement "Satyagraha" or "the Force which is born of Truth and Love or non-violence".

This movement went on to free 300 million people from the power of the British Empire and gave the 20th century a most remarkable demonstration of the power of non-violent struggle.

I would say that it means remembering that a non-violent alternative was born in the people's fight against injustice. It means remembering that for Gandhi, it is Truth Force that both binds people together and energises them in their course of struggle against the mighty empire. That is why invoking God as witness in this case reflects the degree to which a person is willing to sacrifice his/her all for "Truth" or God.

It also means remembering the Muslim role in fostering such an alternative at the advent of Satyagraha or Gandhi's non-violence.

Most importantly, perhaps, "remembering Sept 11, 1906" means that people could choose to reconstitute themselves as members of a community of memory where once ordinary people decided to do something extraordinary by freeing themselves from despair and change their world with non-violence.

----------------------
Chaiwat Satha-Anand teaches at the Faculty of Political Science, Thammasat University. He is Vice President of the Strategic Nonviolence Committee, National Security Council, and a member of the National Reconciliation Commission.