Beliefs of a Non-Believer

Singapore -- I watched the live telecast of Obama's inaugural presidential speech last night. It was largely a speech on inclusion; not exclusion, though one part seems to accidentally segregate instead of integrate. In his words from http://edition.cnn.com/2009/POLITICS/01/20/obama.politics:

'For we know that our patchwork heritage is a strength, not a weakness. We are a nation of Christians and Muslims, Jews and Hindus — and nonbelievers. We are shaped by every language and culture, drawn from every end of this Earth; and because we have tasted the bitter swill of civil war and segregation, and emerged from that dark chapter stronger and more united, we cannot help but believe that the old hatreds shall someday pass; that the lines of tribe shall soon dissolve; that as the world grows smaller, our common humanity shall reveal itself; and that America must play its role in ushering in a new era of peace.' 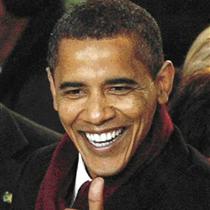 In his list of religions, I was expecting him to include 'Buddhists', especially since it is the fastest growing religion in the States. But instead, they were conveniently 'lumped', so it seems, with the 'leftovers' as 'nonbelievers'. The term 'nonbelievers' definitely has a more derogatory feel than a neutral or even respectful one.

A poor choice of word. Semantics aside and to be fair, the paragraph above does show his zeal for embracing harmony in diversity. Incidentally, not many serious God-believers listed by Obama see that they all believe in the same God - which is an ongoing cause for segregation since ages ago.

I do look forward to the day though, when a 'nonbeliever' becomes President of the most powerful nation in the world in the land of equal opportunity. Of course, such a 'nonbeliever' must still believe in universal truth and goodness. Wait! That sounds like a Buddhist! (Buddhists seek to realise the ultimate truth while practising goodness to all beings - including the non-human; e.g. animals).

In the general sense of the word 'nonbelievers', what do Buddhists not believe in? Buddhists do not believe in the existence of an almighty God. If there was such a God, who created all perfectly, who loves all perfectly, there would be no 'bitter swill of civil [and international] war and segregation' in the first place; the world would not be in its present state; the world would not need to pin so much hopes upon Obama. So what do Buddhists believe in?

We believe that all beings, despite our differences in beliefs, have the potential to be Buddhas with perfect compassion and wisdom, who can create perfect worlds (Pure Lands) for equally leading all beings towards the blissful liberation of Buddhahood.

We believe that the greatest goal possible is not just to be with a supreme being, but to be supreme beings (Buddhas) ourselves. The American constitution is one that emphasises equal opportunity, as Obama reminds us. Interestingly, such an invaluable value was already deeply embedded in the Buddhist teachings - way before the States became united.
TOP