Portland, OR (USA) -- Lama Thubten Zopa Rinpoche has been admitted to hospital. Medical staff have confirmed that Rinpoche has had a stroke and temporarily lost some of the movement of his right side; his speech is also impaired. 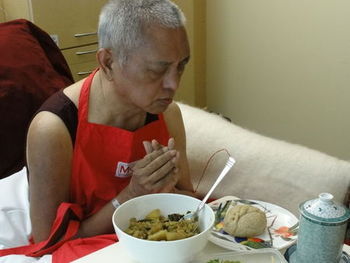 The hospital has requested that Rinpoche stay for a few days so that medical staff can monitor him to ensure there are no further complications.

Apart from Rinpoche’s right side and speech being affected, Rinpoche seems in good humor and is doing his prayers in the hospital (an altar has been set up with prayer wheel, thangka and texts).

The main recommended prayer at this time is the Medicine Buddha puja and the mantras of the long life deities such as White Tara and Amitayus.