Pittsburgh, PA (USA) -- Andrea Marquis had friends and family, a happy marriage, and success with her high-stress sales job. She was cornering the rails and meeting her sales projections. 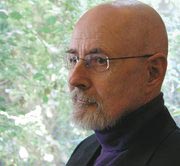 So why was she waking up with a hornet's nest in her gut?

"I was good at what I did, but I was getting burned out. I would wake up in the morning, very unsettled," says Andrea, a Pittsburgh resident. "I asked myself how long I was going to be able to do this, at this pace.  But I didn't know what else I could do.  What did I like to do? What was I good at? I had no idea."

She asked her networking group if they knew anything about a career coach. Three of them told her about the same man. "You've got to meet Neal," they chorused.

With his help, Andrea found work that fits her like a glove: in this case, one made of yarn.  In less than four months, she went from sales superstar at a payroll services company to a yarn superhero, which happens to be the name of her blog.

She now services shops from Michigan to Maryland in comfier clothes as a yarn manufacturer's rep, showing 12 lines of yarn and yarn related goods, happily driving, selling, and designing knitwear and accessories, and blogging about it.

Finding the Way
Griebling's process, she says, "was a bit like therapy, and a bit like coaching.  We did exercises and I had homework; the structure of what he does appealed to me.  He 'got' me, and saw me going in a creative direction."

Helping connect the dots – her decade-long love of knitting, and her talent for sales, is what a life and career coach does best.  In Andrea's case, she gave him plenty of clues – clues that she had missed. "I wish I could make a living by knitting," she sighed wistfully one day. To Griebling, it was obvious: how about becoming a yarn manufacturer's representative, he suggested.

He hooked her up with the owner of a yarn shop, where his wife Bev, an avid knitter, is a regular. The owner told her about a yarn trade show coming up within a day's drive. She went, networked, met dealers, and nailed some major accounts, and what she now calls her ideal job.

In one exercise, she had to write down all elements that would make her work life happier: wearing comfortable clothes; being in a more creative line of work; meeting different people; having a balance of time alone, and time with people.  "Six months later, it hit me: this is what my life looks like now.  I have all these things!  I get so much more done, and work less. I'm much happier."

Griebling, who lives on Mt. Washington, was formerly a professional fundraiser who also established a non-profit to train hospice volunteers, and has practiced Zen Buddhism for more than three decades.  He started his life/work coaching business, Future Design Studio ten years ago.

Fresh out of college in his native Wisconsin, he wrote his first grant proposal for a National Endowment for the Humanities project, which was successfully funded. "That experience helped to launch my 28-year career as a fund raiser," he says. "I was good at it, but I became frustrated by the whole notion of raising money. It was a challenge - and a burden."

Like his clients, he found himself seeking a change. He sought the guidance of a California life and career coach, and a Zen priest and Jungian analyst in Illinois; he distilled the insights gleaned from both into his own model, called Life/Work Discovery.

Drawing on Zen principles, he gently but firmly focuses clients on the here and now – the 'just this' of this moment - to cut through the mind-based fear and resistance that accompanies any rocky life transition, especially unemployment. "I consider myself a teacher, a coach, a motivator, a connector, and a support person. I help people come to terms with where they are, and remind them that their version of reality is not necessarily what's out there."

David Zang's worklife reality was, frankly, bringing him down.  As an executive with a sales training company, he had been restless for three years, waiting to see where the company was going, while the CEO kept changing course and getting nowhere.  Finally, to his relief, (and his wife's) he resigned, not knowing what his next job would look like. On a friend's recommendation, he met Neal.

"He has really pushed me in the use of my skills – helped me verbalize my strengths – had me look at what I bring to the table," says Zang.  After weeks of work together it became clear that Zang's greatest career satisfactions were not in training or creating his own business, but in helping an existing business create a stronger operational framework.

His hard work shortly began to pay off. "While networking, I ran into a guy I had known from before: a rainmaker-type with several businesses and no real structure to maintain them." With Griebling's help, he worked on a detailed business proposal, and pushed for a meeting with the man.  He finally got in and placed the proposal on his desk.  "I can't believe you did this much work," said the man, impressed.

Within a week, Zang got a phone call and then a job offer. Now, he is chief financial officer, and part owner of the company.

"I would recommend - especially to someone earning six figures - to go hire a career coach to help you uncover a job that fits you," states Zang. "If you can't see the value in that, maybe you shouldn't be in a six-figure position."

Advice for those wrestling with unemployment or a less-than-fulfilling job: Yes, it's a tough market, but there's a place in it for you, says Griebling.  "Don't settle for less than what you really want. Only then, will you be truly successful and effective in what you do."