A Marriage Between Buddhism and Science

Amherst, MA (USA) -- B. Alan Wallace ’87 is not the typical Amherst alumnus. Author of more than 20 books on Buddhism and science and a practicing Buddhist monk for the entirety of his time at the College, he now goes on meditative retreats for months on end, performing psychological experiments in a lucid dream state to attempt to discover the true nature of reality, happiness and suffering.

Finding His Own Path 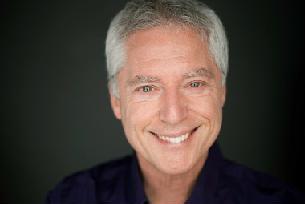 Wallace was born to a devoutly Christian family and spent his youth travelling the world with his Protestant theologian father. However, he was strongly interested in science from a young age and struggled to reconcile his passion for science with his deeply spiritual upbringing.

When he went to the Univ. of California-San Diego in 1968 to study ecology, he soon became disillusioned with both his classes and America in the turmoil of the Vietnam War. Seeking a change of scenery, he spent his junior year abroad, studying at the Univ. of Göttingen in Germany, where he first discovered Tibetan Buddhism. He quickly became engrossed by Tibetan culture and religion, discontinuing his university education and spending months in a local Buddhist monastery studying under the guidance of German monks. At last, he had found a belief system that united his love of science with his search for meaning.

“I found what I was looking for in Tibetan Buddhism. It’s very deeply experiential; it’s very sharp, very rational and intelligent — and it’s also profoundly meaningful. To my mind, it’s a true, comprehensive science of the mind that I haven’t found anywhere else. It’s both scientific and also deeply spiritual,” Wallace said.

During his time at the German monastery, a flier arrived announcing a year-long class on Tibetan Buddhism for Westerners taught in Dharamsala, India under the supervision of the Dalai Lama in exile. After meditating on the opportunity and seeking guidance from his lama at the monastery, Wallace decided to enroll in the course and traveled to India to begin perhaps the most transformative period of his life.
Staying in the home of the Dalai Lama’s personal physician, Wallace fell in love with the freedom and intellectual fulfillment offered by his studies. After three months in the program, at the age of 21, Wallace had his first personal meeting with the Dalai Lama, and instantly knew he had found his mentor.

“I knew I found my spiritual guide or guru or lama if you’d like. He’s been my teacher ever since,” Wallace said.

After a year and a half in India, Wallace decided to take ordination as a novice monk and received full ordination as a Buddhist monk in 1975, administered personally by the Dalai Lama himself. Following his ordination, Wallace joined the prestigious Buddhist thinker Geshe Rabten at the Tibet Institute in Switzerland, where he studied Buddhism, taught courses on Tibetan language and culture and translated for Tibetan Buddhist monks and scholars, including the Dalai Lama. In 1979, he returned to India at the invitation of the Dalai Lama to begin four years of meditative retreats in India, Sri Lanka and the United States, receiving direct guidance from the Dalai Lama on meditative practice and technique.

At the end of his meditative period, Wallace had been away from Western civilization for nearly fourteen years and decided to re-integrate himself into Western society. Coming to the Pioneer Valley to study with the renowned Buddhist scholar Robert Thurman, who was then a professor of religion at the College, Wallace decided to finish his college education, applying to Harvard Univ. and Univ. of California-Berkeley. However, Wallace quickly adapted to the bucolic scenery of the Happy Valley and chose to continue his education in the area. He applied to the Univ. of Massachusetts-Amherst, but was encouraged his friend and mentor Professor Arthur Zajonc to apply to the College instead. In 1984, Wallace was accepted to the College and began his studies that fall.

During his first semester, Wallace studied mathematics, physics and philosophy, and he excelled in all his classes. Seeking a more challenging program of study, Wallace became an Independent Scholar, an option chosen only by the most disciplined and mature students at the College, where he designed his own curriculum of study, focusing on physics, the philosophy of science and Sanskrit. Wallace used his academic independence to write a groundbreaking two-volume thesis on the relationship between Buddhism, the philosophical underpinnings of modern science and the nature of reality. The ideas he first explored in his thesis drove him to pursue the study of consciousness as a fundamental component of reality.

“The whole notion that the fundamental constituents of physical reality — the elementary particles — do not exist out there with their own definite position, momentum, mass and all that independent of measurement; that is a very strong conclusion of quantum mechanics, and it has very profound implications for our understanding of nature as a whole. It raises questions about what is the role of measurement, what is the role of consciousness and is there a universe without consciousness? You just go deeper and deeper into seeing consciousness as fundamental to our understanding of reality,” Wallace said.

“Modern science is stuck in kind of a rut. When scientists want to study the mind, instead of observing the one mind they can observe — their own mind — they forget about that and try to study the mind by studying other people’s behavior and by studying the brain. All of this is very indirect. Everybody knows the brain contributes to mental events, but nobody really knows the nature of the relationship,” Wallace said.

Wallace has continued exploring the importance of introspection, founding the Santa Barbara Institute for Consciousness Studies, an interdisciplinary and cross-cultural research center emphasizing the integration of science with contemplation and self-discovery, in 2003. Wallace is also the director of the Thanyapura Mind Centre in Phuket, Thailand, where he leads intensive meditative retreats and trains people in contemplative techniques. In 2007, he collaborated with neuroscientists and psychologists from universities worldwide in the Shamatha Project, which studied the neurological and psychological effects of long-term meditation and received support from the Hershey Family Foundation and official approval from the Dalai Lama.

Wallace, now perhaps the pre-eminent Western scholar of Buddhism, has transformed the academic careers of many of his students, inspiring them to pursue contemplation and introspection as a path to knowledge. James Elliot, a colleague of Wallace at the Santa Barbara Institute says that discovering Wallace’s ideas was central to his intellectual development.

“Alan has really provided me with a sense of direction. When I first started reading Alan’s work, before I started volunteering with the Santa Barbara Institute, I felt as though I’d finally found something I can dedicate my life to: the interaction and relationship between Buddhism and Science, in my case Psychology and Cognitive Neuroscience. As I’ve continued to work and study with Alan, this conviction has only grown,” Elliot said.

Although he has faced resistance from many in the scientific community who feel that subjective modes of inquiry such as introspection are less accurate than third-person approaches, Wallace believes that introspection is more in line with scientific values of empirical observation.

“If we look at any other branch of the sciences or even the social sciences, we find that the primary mode of inquiry rests on sophisticated, precise and direct observation of the phenomenon they are seeking to understand. Introspection is the only way we can observe states of consciousness and mental events — thoughts, images, dreams and so forth. Neuroscience ignores this fact. Introspection plays very little role in the modern cognitive sciences, much to their discredit,” Wallace said.

In December, Wallace will enter a six month-long solitary meditative retreat, where he will seek to explore the mind in ways unavailable to traditional psychology and neuroscience, using lucid dreams — dream states in which the dreamer is aware that he or she is dreaming — to perform psychological experiences in ‘dream reality.’ Wallace also hopes to explore subjects often ignored by mainstream cognitive science, such as clairvoyance and astral projection, arguing that dismissing them out-of-hand is no better than accepting them out of faith.

“If [these subjects] are fiction, then let us know that they are fiction. If not, let’s find out what we can discover,” Wallace said. “In meditation, I will be making further discoveries about the true causes of happiness, the true causes of suffering — and of course, without reliance on psychedelic drugs, in which I don’t have any interest. I want to explore alternate states of consciousness. What is dream reality? It opens up some very interesting experiments in consciousness. When you alter your dream reality, you’re working in the perfect laboratory. Nothing is physical; no aspect of your dream is composed of molecules or atoms.”