Richard Gere: Buddhism is my life

Los Angeles, CA (USA) -- Richard Gere says his Buddhist faith is at the centre of everything he does and every decision he makes in his life. 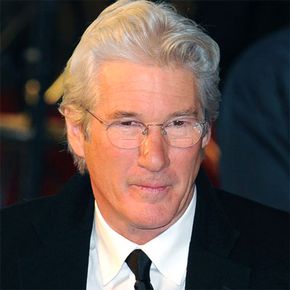 The Hollywood actor is a firm believer in the Asian religion, which focuses on personal spiritual development, and says it is the guiding force that surrounds everything he does.

He explained: "It's relevant to everything I do. Buddhism is the camel of my life. It's there everywhere. I don't think you have to be Buddhist to get it, quite honestly. I'm more interested in secular ethics, about what we all have in common. What is good? What is happiness? What is our duty to ourselves?"

The 'Arbitrage' star is happily married to former model Carey Lowell - with whom he has a 12-year-old son, Homer - but, at 63, he still doesn't think he has reached sexual maturity.

In an interview with The Guardian newspaper, he said: "I haven't quite got there myself. You don't want to lose that energy but there's an unseemliness at a certain age when you're run by it, when you're not in control, that's really kind of foul.

"That's what we have to look at. How can I use desire in such a way that I might be proud of it at the end of my life? There is a way but you have to work at it. At some future date I will be there."