George Takei: Buddhism Made A Lot Of Sense For Me'

San Francisco, CA (USA) -- George Takei is an actor, a social media star, and a gay rights activist. He’s also a longtime Buddhist whose faith has helped him get through the rough patches in his life -- like coming to terms with his sexual orientation and making sense of his Japanese family’s internment during World War II. 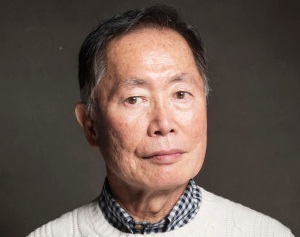 Takei, best known for his role as Hikaru Sulu on “Star Trek,” remembers studying Buddhism at a local temple under his Sunday School teachers Roy and Terry Nakawatase. He shared his life story on the Buddhist blog Lion’s Roar.

"I remember Roy using the metaphor of the vastness of the ocean: we are all part of it, we belong to this vast oneness, and that made a lot of sense for me—that I am really one with everybody, with the whole, and that we can play a part in making that whole healthier and more understanding."

Buddhism is diverse and views on homosexuality vary. Its founder, Siddhartha Gautama, didn’t specifically offer guidance on how to view sexual orientation, according to the Human Rights Campaign.

Dr. Jay Michaelson, author of "Evolving Dharma" and longtime meditation teacher, said that there are same-sex love stories sprinkled throughout Buddhist literature and culture -- and that the religion has much to offer LGBT people.

The Dharma offers two kinds of attractions to LGBT people. First, what it doesn't say: Buddhism has very little bad to say about same-sex behavior (or, more recently, LGBT identity). Many LGBT people have found spiritual homes in American Buddhist communities, after being excluded from the religions they were born into. Second, what Buddhism does say: that compassion is a paramount value, that we must work to minimize suffering, that there are connections between us greater than our differences. This led many Dharma communities to be in the forefront in caring for victims of AIDS, and to recognizing the humanity of LGBT people.