A Buddhist requiem for Stanley Thambiah

Colombo, Sri Lanka -- Final answers are never possible in post-conflict societies. What is possible is to dig into the past and to dig into the truth. These truths when unearthed, reveal different perspectives. 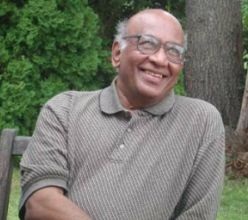 At the end, if we are lucky, we find common ground that produces reconciliation and harmony. That is precisely what Social Anthropologist Sarath Amunugama did when he offered a Buddhist requiem for his teacher, fellow researcher and friend Stanley Jeyaraja Thambiah.

In 1992, Stanley Jeyaraja Thambiah authored a tome ‘Buddhism betrayed?’. It was immediately banned in Sri Lanka. Overnight, he was the most reviled academic in Buddhist Sinhala society. It was not the substance of the book that created the outcry. The cover showed Venerable Maduluwawe Sobhitha Thera, then in his vibrant forties gesturing with a clenched fist. It did convey the persona of the militant monk – the anti-thesis of the ascetic recluse – the orthodox perception of the Buddhist clergy. But that was neither the purpose nor the intent.

Sixteen years earlier he wrote ‘World Conqueror and World Renouncer; A Study of Buddhism and Polity in Thailand. It was essentially a study of the institutions of Church and State of the Indian subcontinent and south East Asia – a primer on the functioning of Buddhist and Hindu societies.

Three years after the convulsion of 1983 he wrote “Sri Lanka – Ethnic Fratricide and the Dismantling of Democracy.”

The 1992 book with its controversial cover was an earnest effort to understand and explain the behaviour of a people who claim to have cherished and nurtured the essentially pacifist doctrine of Theravada Buddhism for 2500 years and more.

On November 30, at the ICES auditorium two of his colleagues Gananatha Obeysekera and Sarath Amunugama together with John D Rogers, Historian and Director of the American Institute of Sri Lankan studies, celebrated his life and work. Tissa Jayatilake, Executive Director US-Sri Lanka Fulbright Commission, moderated.

I attended the event, not with the intention of either commenting on or reporting of its proceedings. Hence, I have no notes to guide me in this missive. The delightfully erudite reminiscences of Gananatha Obeysekera was followed by an eloquently evocative tribute by Sarath Amunugama. This is not about what they said. This is about the ameliorating sense that I felt so intensely when listening to the two colleagues of Stanley Thambiah. Despite their academic aloofness they were defending a knight, unjustly wounded.

‘Buddhism betrayed?’ was an interrogative title. Stanley Thambiah had deep insights into Theravada Buddhism and its practices. His discourse was not on Buddhism. It was an effort to understand the kinetics of Sinhalese Buddhist nationalism and the role of the Sangha. What Sarath Amunugama implied, I later discovered in archives. Would you believe it? A Sri Lankan newspaper editorial was captioned Buddhism betrayed. It was seven months before Stanley Thambiah passed away.

On May 11, 2014, the Sunday Times carried an editorial captioned ‘Buddhism betrayed by extreme monks’. The editor was justifiably condemning the mob violence unleashed on Muslims of Dharga Town and Beruwala. Expanding on the theme, the editorial observed, “It is the supreme irony of our time that, in claiming to defend Buddhism, a handful of monks with their hate speech and instigation to violence have managed to do quite the opposite.”

Gananatha Obeysekera made a passing reference to another preeminent Sri Lankan intellectual E F C Ludovyk. I digress. Professor Ludovyk authored a book ‘The Footprint of the Buddha’. The preface explains that the book brought before the common reader “the Buddhist monuments of old Ceylon – a distinctive and valuable portion of the ancient and medieval world.”

The Ceylon Daily News of 29th November 1958 reports, “The Ministry of Education has committed another monumental piece of folly by buying copies of Dr. E. F. C. Ludovyk’s ‘The Footprint of the Buddha’ at Rs.25 per copy, issuing them to government school libraries and then hastily withdrawing them. The book is a panegyric of Buddhist civilization of Ceylon. But, what the Ministry has found fault with belatedly is a single sentence in which the author says “A number of legends which belong to the history of Ceylon correspond to no actual fact; for instance the Buddha, as far as is known, never visited Ceylon.”

At the height of the controversy sixty-one academics issued a statement in support of the beleaguered scholar – a plea for tolerance. Prof. H. L. Seneviratne wrote an article “Tambiah Betrayed: Glimpses into a Forbidden Text”.

Sarath Amunugama put the matter to rest at the celebration of the life and work of Stanley Thambiah with a surprisingly touching gesture of striving for the sublime. He recited four stanzas. I recall only two.

Impermanent alas are formations, subject to rise and fall.
Having arisen, they cease; their subsiding is bliss.

Just as the water fallen on high ground flows to a lower level,
Even so what is given from here accrues to the departed.

Just as the full flowing rivers fill the ocean,
Even so what is given from here accrues to the departed.

It made a difference. It was surprising. It was not the erudite sociologist. What surfaced therein was the distilled decency of the Sinhala Kandyan Buddhist ethos – which accentuated the cosmopolitan Kandyan society from the time of its last kings. Sarath Amunugama made the point that Gananatha Obeysekera was a hard act to follow.