London, UK -- Naomi Watts, Hollywood actress and star of King Kong, is converting to Buddhism after becoming obsessed with the religion while filming the new movie The Painted Veil. 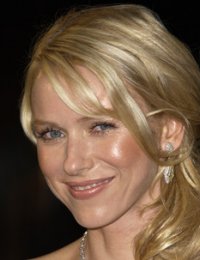 According to contactmusic.com, Watts feels drawn to the faith and has even taken up meditating and wearing Buddhist style beads on her wrist.

She says, "I have some belief but I am not a strict Buddhist or anything yet. There was a lot of excitement and energy there."