London, UK -- Pete Doherty has reportedly turned to Buddhism to get through drug problems. The troubled Babyshambles frontman has apparently attended a few classes on the religion which he hopes will keep on the straight and narrow. 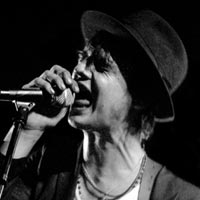 Of course, the star’s other shoulder to lean on in these turbulent times is Kate Moss who he’s been seeing again recently.

A totally authentic source told the Star: “He is fascinated by Buddhism and wants to try more meditation – he has been to a couple of classes and felt much calmer afterwards.

“He reckons they will help him on the road to recovery. And he’s really into the whole spiritual side if stuff.”