Changchun, China -- Former Chinese actress and business celebrity Chen Xiaoxu has taken the tonsure at a Buddhist temple in Changchun, capital of Jilin province in northeast China, her husband told a newspaper Sunday. 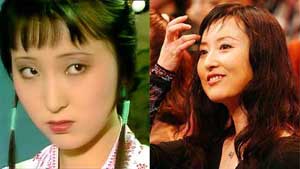 Chen Xiaoxu became a household name in China in the 1980s after being cast the lead role as Lin Daiyu in the TV soap opera "Dream of the Red Mansion", an adaptation of the Chinese Qing Dynasty literary classic of the same name.

{GAD)Following this popular role, however, Chen Xiaoxu did not pursue an acting career. She disappeared from public view for several years until re-catching people's attention, this time, as a successful businesswoman and billionaire in advertising.

The news of her tonsure was first disclosed by some "well-informed" fans online and was confirmed by her husband, Hao Tong, who, he has himself said, will soon follow his wife's suit to become a monk in another monastery. Hao said such decision, which however sounds much striking to the public, is their ideal.

Chen Xiaoxu was reported to still be at Baiguoxinglong Temple, the Buddhist monastery where she received the tonsure ceremony. Chen will no longer take part in business from now on as she concentrates on Buddhist studies at the monastery, according to staff from her company.

An unconfirmed source adds that Chen Xiaoxu has been following the Buddhist life credo for seven years.