Orlando Bloom's time out for Buddhism

Los Angeles, USA -- HOLLYWOOD star Orlando Bloom is taking a break from acting to embrace life as a Buddhist. The Lord of the Rings star made the decision after admitting his life had turned into a "white knuckle ride". 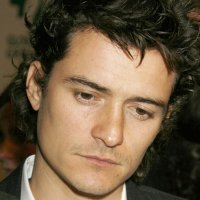 Orlando, 30, who chants daily, said: "The philosophy I've embraced isn't about sitting under a tree and studying my navel.

"It's about studying what's going on in my life and using the fuel to go on and live a bigger life."

He added: "I've been white knuckling it for so long. Between the first Lord of the Rings and the last Pirates of the Caribbean, I've been going non stop.

"So now I just want some time and space from everything and the phone and the communication."

Orlando credits a recent trip to South Africa for changing his life. He said: I felt so isolated and vulnerable and I had time to think."