Ashoka: The convert and the missionary

At a time when people convert for political or economic benefit so often that every act of conversion is looked upon with suspicion, Ashoka’s conversion to Buddhism was a monumental act that turned traditional norms of empire building on its head. 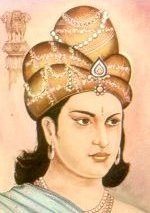 New Delhi, India -- WHILE RESEARCHING the Ashoka Foundation and to answer my question - namely why did an American, Bill Drayton name his foundation identifying and promoting social entrepreneurship after the great Mauryan emperor, I came across several articles which convinced me that the Emperor himself was worth researching and writing about and not just the modern day foundation named after him. After all, how many today know much about him except that the lions on the National Emblem and the wheel on the National Flag are Ashokan in lineage?

At a time when conversion is a dirty word and people convert for political or economic benefit so often that every act of conversion is looked upon with an eye of suspicion, Ashoka’s conversion to Buddhism under the guidance of his teacher Upagupta was a monumental act because his philosophy of governance guided by the law of piety turned traditional norms of empire building on its head. Guided by the Buddhist doctrine of the sacredness of all life, he redefined the concept of empire.

The greatness of an empire was to be determined not by the size of the empire, nor by the size of the standing army, nor by the number of people conquered in battle. Rather it was to be measured by the manner in which the subjects of the kingdom were looked after - their welfare, their happiness, their prosperity was the yardstick of the Ashokan empire. Most conventional emperors of that time, notably Alexander the Great, lived by the sword, sacking cities and extending the boundaries of their empire. But Ashoka was different.

Ashoka is a living example of the sweeping changes that can occur when the highest levels of polity are guided by moral rather than political imperatives and motives and will always underscore the huge difference it makes when those to whom power has been given experience a genuine conversion.

One of the most interesting and perhaps even unlikely tributes comes from the journal of the International Committee of the Red Cross in an extremely erudite essay; the journal hails Ashoka as the forerunner of the humanitarian conduct of war that would be, millennia later, codified as the Geneva Conventions.

It is another matter though that after the famous war of Kalinga in 256 BC till the end of his reign in 232 BC, he never fought another war and focused instead on ruling his kingdom based on the principle “‘All men are my children’; and, just as I desire for my children that they may enjoy every kind of prosperity and happiness both in this world and in the next, so also I desire the same for all men.”

Ashoka was not just a convert; he was a missionary too. In his efforts to propagate Buddhism, Ashoka built shrines and monasteries and inscribed Buddhist teachings on rocks and pillars in many places. He sent missionaries to countries as remote as Greece and Egypt; his own son, a monk, carried Buddhism to Sri Lanka, where it is still the major religion. Despite Ashoka’s vigorous exertions of faith, he was tolerant of other religions.

The empire enjoyed remarkable prosperity during his reign. The life and conversion of Emperor Ashoka, one of India’s greatest emperors looks like the stuff of myth and legend. But it is actually the story of a convert and his journey and because in this case, the conversion of a king, the conversion also marks the transformational journey of a kingdom and its people.