Remembering a great son of Lanka

Angarika Dharmapala was a pioneer in the revival of Buddhism in India after it had been virtually extinct there, and he was the first Buddhist in modern times to preach the Dharma in three continents: Asia, North America, and Europe. 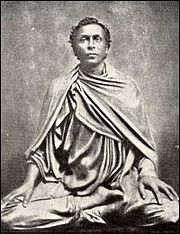 Colombo, Sri Lanka -- The birth centenary of one of Sri Lanka's great sons, Angarika Dharmapala was celebrated 44 years ago – on September 17, 1964. He was born at a time when Buddhists with renewed interest and energy following the Buddhist – Christian controversies, were organizing themselves to preserve their religious heritage.

The wealthy and influential parents, though pious Buddhists, named their son Don David in keeping with the fashion of the times when western names were preferred to Sinhala ones. He studied at the best schools but came under the influence of two scholarly monks – Venerable Hikkaduwe Sri Sumangala Nayaka Thera and Migettuwatte Sri Gunananda Thera, who played a vital role in the Buddhist – Christian controversies.

Young David developed an attachment to Buddhist monks and loved their company. "In contrast to my wine-drinking, meat-eating and pleasure-loving missionary teachers, the Bhikkhus were meek and abstemious. I loved their company and would sit quietly in a corner and listen to their wise discourse even when it was far above my head," he wrote in an autobiographical note.

He was sixteen when he met Colonel Henry Steele Olcott and Madam Blavatsky who were paying a dominant role in the revival of Buddhism in the country and had formed the Buddhist Theosophical Society (BTS). Within a year he resolved to be an Anagarika (homeless) – a celibate seeker after truth. He soon changed his name to Dharmapala and adopted the simple dress of an 'upasaka,' a Buddhist devotee. He had by then joined government service as a junior clerk in the Department of Education.

Taking three months leave from the job, he joined Colonel Olcott and C. W. Leadbeater (who later became Principal of Ananda College) in their campaign for Buddhist schools. It was while touring remote villages that he got the news that he had passed the Government Clerical Service Examination which was considered an extraordinary feat by a Sinhala boy. This was in 1886 by which time he was quite involved and interested in Buddhist work. He resigned "to work for my religion."

Seeing the pathetic state of the villagers who had no proper roads, houses, schools or hospitals, he decided to act. "I have to be active and activity means agitation according to constitutional methods," he wrote to a British official.

When he visited India in January 1891, he saw the pathetic state of the Buddhist places of worship, particularly Buddhagaya where he made a vow before the sacred Bodhi Tree that he would surrender his life to rescue the holy place from neglect. In May that year he formed the Maha Bodhi Society and started the Maha Bodhi Journal the following year. Meanwhile he undertook several visits abroad and was invited to address the Parliament of Religions in New York in 1893.

The first organized trip by Buddhists in Sri Lanka to Buddhagaya and other places of worship took place in December 1894, on his initiative. In 1906, he established the Maha Bodhi press and started the 'Sinhala Bauddhaya,' a newspaper to voice the sentiments of Buddhists.

Anagarika Dharmapala spent most of his time in India occasionally visiting the mother country and actively engaging himself in national revivalist campaigns. He was critical of the British administration just as much as he was critical of the attitudes of the Sinhalese to national issues. He was convinced that no nation could be great unless it was politically independent. "The bright, beautiful Island of Ceylon is under the barbaric imperialism of England," he mourned in 1902.

"The sweet, tender, gentle Aryan children of an ancient, historic race are sacrificed at the altar of the whisky-drinking, beef-eating, belly-god of heathenism. How long, Oh! how long will unrighteousness last in Ceylon," he lamented.

In 1931, the Anagarika visited Sri Lanka for the last time to form the Anagarika Dharmapala Trust. In July the same year he was ordained as Bhikkhu Sri Devamitta Dhammapala. He received higher ordination in January 1933. He died in Saranath, Benares on April 29, 1934.

How the Police saw the Anagarika

In a report submitted to the Colonial Secretary (one of the three top level officials in the British administration), the Deputy IGP described Anagarika Dharmapala thus: "He is a Singhalese, Buddhist, height about 5 feet 9 inches, hair grey and tied in a knot but hanging down his neck.

He is of a brownish complexion and has a clean shaven face. He has a slight defect in his right leg, which he raises higher than the other when he walks.

His original name was Don David Hewavitarana, but since he took to preaching Buddhism he adopted the name of Anagrika Dharmapala. The word "Anagarika" meaning "Homeless."