Singapore -- As many a journalist who has met him will attest, Jet Li in the past was no easy interviewee. Although pleasant, the martial arts superstar was a man of few words, deftly sidestepping questions either with cryptic answers, stony silence or an enigmatic smile. 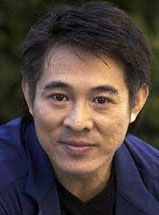 But the Jet Li now ensconced in an armchair at the Shangri-La Hotel is very different: garrulous, expressive, volleying questions with witty anecdotes and analogies.

"Okay, I'll tell you," he says, explaining his previous reticence in a mix of English and Mandarin. "I hated promoting movies. It was like cheating."

And then the 2004 Indian Ocean tsunami happened. He and his two younger daughters--then aged four and two --were nearly swept away by the waves at the Four Seasons Resort in the Maldives.

"One of the first things I learnt in life was not to do anything which would upset my mother."

"One moment we were on the beach, the next the water was up to my chin," he says. He gripped one child, while several hotel guests dragged the other to safety.

It was the proverbial wake-up call for the star who has portrayed several Chinese folk heroes on screen.

"There is no guarantee when you will finish your life. You may not live until 60. When you die, all your dreams will die with you," says Li, who has been married to former actress Nina Li Chi since 1999. He has two older daughters, aged 19 and 20, from an earlier marriage to actress Huang Qiuyan.

The tsunami experience made him act on what he had been mulling over for 10 years--how to use his life and knowledge to give back to the world.

"Before that, everything was about me, Jet Li," he says. "After that, I told myself I have to do things for society."

First, he spent two years in India, Europe and the United States visiting major agencies and non-governmental organisations including the World Health Organisation and the Rockefeller Foundation "to learn how to do NGO".

Then, last year, he set up the China Jet Li One Foundation, which has four pillars of focus: education, health, environment and poverty.

Its tenet is 'one person + one dollar/yuan + one month = one big family'.

What it means is that if each person donates at least one dollar/yuan or an hour of time each month, the individual donations can be transformed into a powerful source of help for the world's needy.

This philanthropic model was put to the test when a massive earthquake devastated Wenchuan county in China's Sichuan Province in May, leaving about 70,000 dead and thousands homeless.

One text message from Li set the wheels of One Foundation in motion. Within a week, it raised more than 50 million yuan (US$7.3 million) via the Internet and SMS.

He admits candidly that he has not always been so selfless. Born in Beijing, he is the youngest of five children and was two years old when his engineer father died.

"We were very poor. One of the first things I learnt in life was not to do anything which would upset my mother."

He also became extremely pragmatic and money-minded. Talent-spotted for his agility, he was enrolled in the Beijing Wushu Academy at a very young age.

"At eight, I didn't know what I was learning. I only knew that being at the academy meant having food to eat," he says.

From the age of 11 until 16, he won 15 gold medals in national wushu competitions and travelled the world to demonstrate Chinese pugilistic arts.Former US president Richard Nixon apparently was so impressed when he saw Li performing on the White House lawn that he asked the 11-year-old to be his bodyguard when he grew up.

Li had retorted: "No. I want to protect my one billion countrymen."

His star shone even brighter when he was cast in Shaolin Temple (1979), a gongfu movie which spawned two sequels. He has gone on to conquer not just Hong Kong and Asia but also Hollywood.

Last year, he made headlines for pocketing 100 million yuan (US$14.64) for his role in director Peter Chan's The Warlords.

But despite the fame and fortune, something gnawed at him.

"I was like most people. Over 24 hours, I would sleep 10 hours. I might be happy three hours, eating, talking and spending time with friends and family," he says.

"But I would also spend five hours thinking how I could get more and make more, and I would spend the rest of the time feeling disappointed."

He became a Buddhist and decided that if he wanted to extend his hours of happiness, he would have to give and help others.

From the outset, Li wanted his One Foundation to be built on a solid business model, and he looked to Western philanthropic organisations run with transparency and proper governance guidelines.

"That's why the Rockefeller and Ford foundations have lasted so long," he says.

The same cannot be said of many Asian charities run like family businesses, without a strategic vision or strict governance guidelines.

"In the West, it is also very common to see people like Warren Buffet giving away their wealth," he says, referring to the world's second-richest man who pledged about US$40 billion two years ago to the Bill and Melinda Gates Foundation.

"A foundation can invest the money and get even more. It's like a very nice chicken which will lay all these eggs."

But he wanted to do things differently.

"I want a system where we will get eggs every day but without a chicken," he says, looking pleased at his own witty analogy.

"I could be like everyone else, and just ask this film director or tycoon to donate one million. You can do that one year, but nobody will take your call the next year," he says.

Instead, he is seeking small pledges donors will not find daunting. This way, more will donate, and small sums can snowball, as his Sichuan earthquake fund-raiser proved.

He has roped in some of China's biggest telcos and Internet companies to help process SMS or Internet donations as small as one yuan.

"There are so many foundations out there, but what makes Jet Li's special?"

He also has other corporate partners in on the act, and is taking the lead himself.

He smiles and taps his right temple: "Think about it. You're not just watching a movie, you are also helping out and donating."

Li may lack a formal education but his business savvy and eloquence are impressive and infectious.

"Even if you are donating just one dollar, you have to feel comfortable. And no matter how little you donate, you have the right to check how much we are collecting, what we are doing," he explains.

He has drawn a formidable army of partners and volunteers, comprising MNCs, listed companies, celebrities, think-tanks and other NGOs.

For instance, Deloitte handles the audits. International ad agency BBDO helps with the advertising and Ogilvy with the PR and marketing.

His media partners include more than 20 of the biggest names in broadcasting and publishing including Disney, NBA and the Shanghai Media Group.

His board of directors is a veritable Who's Who in China, while his celebrity volunteers run into the hundreds and include stars Jackie Chan, Andy Lau and Michelle Yeoh, rapper Jay Chou and Chinese hurdler Liu Xiang.

One Foundation has also attracted some of the top NGO brains from Peking and Tsinghua universities, and has also struck up a strategic partnership with The Red Cross.

And that, he stresses, is his unique Asian software: everything is transparent, and the levels of checks by the big One Foundation family are too formidable for misuse of funds and other inappropriate behaviour.

"There are so many foundations out there, but what makes Jet Li's special?" he asks rhetorically.

"People are not stupid. They will work it out. Why does One Foundation have all these people in their family? Why are corporations like Microsoft and Starbucks also on board? They must be doing something right."

Which is why he says a system--with a set of attendant values and beliefs--is imperative.

"When Jet Li is not here, the foundation will continue because the values are there, the system is there."

Meanwhile, he has taken a year off work to sell the beliefs and make the system more foolproof.

Currently, One Foundation is concentrating its energies in China where almost 200 million people are affected by disasters and nearly 60 million need help each year.

But it intends to spread its wings globally. Already there are plans to set up foundations in India and Singapore.

"I have already been to talking to various partners in Singapore for the past eight months," says Li, whose two younger daughters attend the Singapore American School.

He sees Singapore becoming the base for training and grooming future leaders as he believes many NGOs will be set up Asia in the next five to 10 years.

"We don't have enough leaders. It's very hard to find people who have a good heart as well as a business mind," he says.

Singapore is a good base because of its infrastructure as well as its experience in solving health-care and environmental issues.

The interview hour is up, but the cheerful star wants to relate a little anecdote on why everyone should give.

"Just imagine someone gave you a watch for your birthday five years ago. When you look at it, you'll be reminded of the person who gave it to you. In your mind, the watch will always be his."

He gets more animated as he elaborates: "If you keep everything in a box at home, nobody will know that it's yours except you. So the more you give away, the more you have."

He cocks his head conspiratorially. "Now that's my secret to being happy."