Through meditation, she makes happiness an inside job

Sharon Salzberg, 58, a co-founder of the Insight Meditation Society, has spent more than three decades helping Westerners access a daily spiritual practice that originated in Buddhism but is not confined to that faith.

Los Angeles, CA (USA) -- When Sharon Salzberg returned to New York from her first trips to India in the 1970s, a crinkled cotton blouse was still exotic and people would politely sidle away from her at parties after she told them she taught meditation for a living. 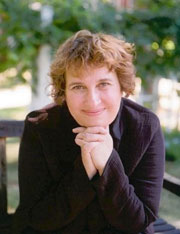 Salzberg, 58, a co-founder of the Insight Meditation Society in Barre, Mass., has spent more than three decades helping Westerners access a daily spiritual practice that originated in Buddhism but is not confined to that faith.

Her latest book, "Real Happiness: The Power of Meditation," offers a 28-day guide to generating what she calls "sustainable and durable" happiness from within oneself, rather than relying on external events.

"We all want to be happy. We need to expand the notion of what that means, to make it bigger and wiser," the author said in a telephone interview from Albuquerque, a stop on her book tour. On Feb. 26, Salzberg will lead a three-hour retreat at Santa Monica's First United Methodist Church for the InsightLA meditation center.

She said a key to experiencing happiness on an ongoing basis is to acknowledge pain and suffering, something American culture resists.

"It's difficult to admit to ourselves that we suffer. We feel humiliated, like we should have been able to control our pain. If someone else is suffering, we like to tuck them away, out of sight," Salzberg said. "It's a cruel, cruel conditioning. There is no controlling the unfolding of life."

Salzberg's own childhood was filled with pain and loss. Her parents divorced when she was 4, and her father simply "disappeared." When Salzberg was 9, her mother died and she went to live with her father's parents. When she was 11 the father returned to the family, but he soon took an overdose that put him in the hospital and then the mental health system for the rest of his life.

"By age 16, I had lived in five different family configurations, all ending in loss," she recalled.

After an Asian thought class at State University of New York at Buffalo exposed Salzberg to Buddhism, she left for India on an independent study course that changed her life. She went to Bodhgaya, where Buddhists believe that 2,500 years ago Siddhartha Gautama (the Buddha) attained enlightenment after 49 days meditating under the Bodhi tree, a sacred fig.

Salzberg said she wasn't seeking a new religion but a pragmatic way of living, and what she discovered allowed her to relate to her past with "compassion rather than bitterness" and to live with a sense of connection.

She was attracted to the Buddha's open acknowledgement of suffering in life and the invitation to do something about it.

"As is the case for many people, my childhood traumas weren't spoken about in our family," Salzberg said. "I didn't know what to do with all those feelings." She said she saw a shocking level of anger and judgment in herself and recognized that her operating system for life was based on fear.

The Buddhist principles of vipassana, or mindfulness, and metta, lovingkindness, afforded Salzberg what she calls a "spacious" form of awareness in which people know they have a choice. Instead of being dominated by her fears, Salzberg said, she began to communicate what she learned, ultimately publishing seven books.

In her first book, "Lovingkindness," Salzberg explored a meditation technique in which certain phrases with personal meaning — wishing a benefactor well, for example — become conduits for concentration.

In another book, "Faith," published when Salzberg turned 50, she sought to "go deeper into the unknown." For Salzberg, faith means "connecting to inner strength and a vision of life in which you are part of a greater whole."

"I wanted to help reclaim the word and free the word from a lot of what had accrued around it," Salzberg said, noting that many of her Christian and Jewish contemporaries had felt silenced in the faith traditions in which they grew up.

Although she was raised Jewish and in certain contexts identifies as Buddhist, Salzberg believes meditation can complement any faith tradition.

"Faith is not a commodity that you either have or don't have enough of, or the right kind of," she said. "It's an ongoing process. The opposite of faith is despair."

Even her Buddhist teachers did not tout Buddhism as the only way to truth, Salzberg said. She remembers that her first teacher told her "the Buddha did not teach Buddhism; he taught a way of life." Her second teacher went even further: "The Buddha's enlightenment solved the Buddha's problem. Now you go solve yours."

Most of what Salzberg has learned and taught comes full circle in "Real Happiness," which she said does not imply that other types of happiness are not real. Instead, she said, the mind has the power to keep us depressed even when things are good and to allow us to experience well-being even when times are tough.

Salzberg saw that principle come alive when she taught a meditation class to the nursing staff at Walter Reed Army Medical Center, where young soldiers were recovering from amputations and other injuries suffered in the Iraq war.

On a tour of the hospital, Salzberg was reminded by the nurse conducting it of how one's internal approach to suffering makes all the difference.

"The nurses who can stay here are not the ones who get lost in sorrow, but the ones who can connect to the resiliency of the human spirit," Salzberg said her guide told her.

Meditation, said the author, gives people the tools to tap into that spirit.